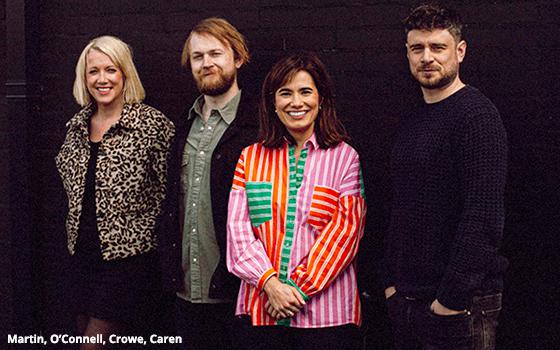 Publicis-owned BBH is enlarging its reach in Europe by opening of a new office in Dublin, Ireland.

The giant Tesco supermarket/retail chain will be its founding client. The company has stores throughout the UK and several countries in Europe.

Aubrey O’Connell and Sam Caren are heading the new outpost as creative leads, with Amy Crowe as business lead.

Karen Martin, CEO at BBH, said: “Our goal is to bring the power of difference to more of our clients in Ireland, and work with new partners that share our black-sheep mentality.”

O’Connell spent a decade at BBH London, working on Burger King’s “Whopper of a Secret” and Tesco Ireland’s first “Food Love Story.” Caren, a vetern of Irish ad agencies, did award-winning work for Ogilvy, Rothco and The Public House.

Crowe began her career at BBH London, working on the global British Airways account. Most recently, she worked at Mother London on its Samsung UK account.

Cathal Deavy, customer director, Tesco, said the Dublin decision brought the agency “even closer to Irish customers and to society as a whole, which will help them to develop the best possible strategic advice…”

The agency is also marking 2022, its 40th year, with a short film competition. Four filmmaking teams from four countries will be commissioned, with the aim of finding more diverse voices in film and supporting the next generation of creative talent from around the world.