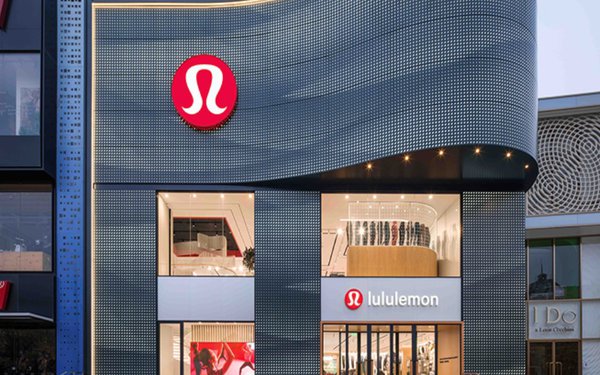 Consumers may be slowing their discretionary spending in some sectors, but not in high-end workout wear. Lululemon's first-quarter revenue jumped an impressive 32%, rising to $1.6 billion, from $1.23 billion a year ago.

Sales in North America notched a 32% gain, as did results in its direct-to-consumer channel. (These direct sales now account for 45% of its total sales, up from 44% a year ago.) International revenues rose 29%.

Net income rose to $190 million, from $145 million in the comparable period last year.

The company acknowledges it's not immune to ongoing pandemic impacts, supply-chain disruptions and inflation. But its "omni operating model, balanced growth strategy, and unique approach toward innovation enable the positive results we are reporting today and anticipate for the full year," said Meghan Frank, chief financial officer, in its announcement.

The Vancouver company is confident enough in its momentum and inventory pipeline to raise its estimates for the next quarter and the full year.

Lululemon now expects revenue in the second quarter to range between $1.75 billion to $1.78 billion. That would make a three-year growth compound annual growth rate roughly 26%. And for the year, it predicts sales will range from $7.61 billion to $7.71 billion.

The company continues to face "sizzling demand," writes David Swartz, an analyst who follows the company for Morningstar.

Swartz sees the strong results as a statement that "higher-income consumers continue to spend on apparel despite widespread inflation."

Other retailers catering to more affluent shoppers, including Nordstrom and Macy's, have also posted strong results.

But a new report from Morning Consult shows brands can't count on that resilience. Its daily Index of Consumer Sentiment hit a series low. "Americans have become increasingly worried about inflation and the possibility of an economic downturn," Morning Consult says. While sentiment is relatively stable among adults under 35, it's fallen sharply among adults ages 45 to 65.