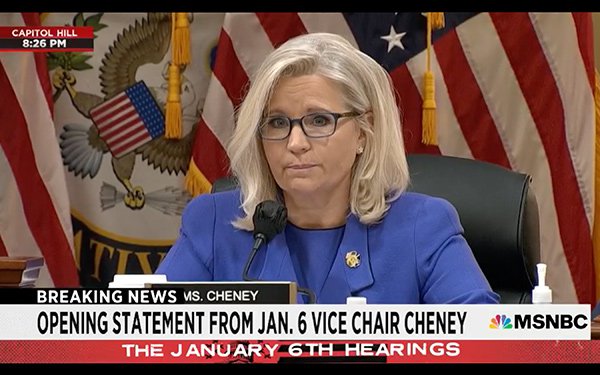 Many networks -- including the big broadcast networks -- aired the hearings in full, but with no TV commercials.

Although Fox News Channel said it would not be covering the actual hearing, it did air a broad view of the hearing room where the proceedings took place, along with analysis in sometimes side-by-side video.

During the period of the live hearings -- 8 p.m. to 10 p.m. --- Fox News Channel ran virtually no advertising. (There were two commercial breaks on “The Ingraham Angle.”)

Analysts say Fox did this to keep its loyal viewers from changing to other news networks that did air the event. The wide-angle shot of the hearing room made it difficult to see actual video running as part of the committee’s hearing presentation.

Content in the hearings included references to specific Fox News Channel prime-time hosts -- such as texts from Sean Hannity and Laura Ingraham.