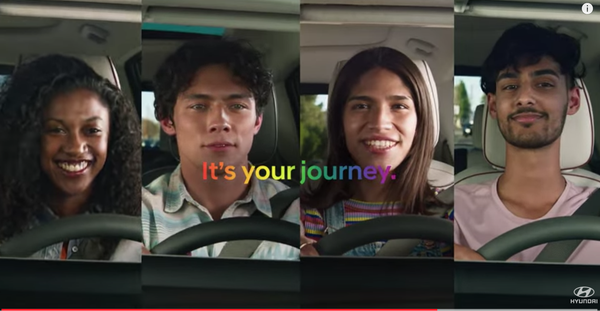 Several automakers are renewing the way they show support of the LGBTQIA+ community, while others have new initiatives.

Pride Month and corresponding events like parades are traditionally held in June to commemorate the Stonewall riots. In the early hours of June 28, 1969, police raided the Stonewall Inn, a gay club located in Greenwich Village in New York City, sparking protests which served as a catalyst for the gay rights movement in the United States and around the world.

As a result, many Pride events are held during this month.

Hyundai Motor America’s initiatives to connect with the community started more than 10 years ago, first with an inward focus with an eye toward supporting the automaker’s LGBTQ employees, says Erik Thomas, senior group manager, experiential and multicultural marketing.

Initiatives include partnering media monitoring organization GLAAD (Gay and Lesbian Alliance Against Defamation), and sponsoring film festivals such as Outfest and Newfest.

“As part of those efforts, 2022 marks the third year of the ‘Out for Greatness’ series in which we fund/support the creation of LGBTQ content,” Thomas tells Marketing Daily.

This year’s commercial, “For Every Family,” was born from the second-year winner of Hyundai’s Emerging Director Award given at the 2021 Outfest Fusion awards. Director Natalie Harris, a recent NYU Tisch Film School graduate, was awarded the opportunity to direct the creation of an inclusive spot for Hyundai in 2022.

"Her challenge was to support the launch of the Ioniq 5 electric vehicle, and we think her inclusive spot does that very well,” Thomas says.

The spot made its debut at the GLAAD Media Awards in Los Angeles in April and was supported through distribution by GLAAD. Hyundai launched the spot this month on its owned channels and LGBTQ-targeted channels.  A "Making Of" video gives a behind-the-scenes look at the ad's creation.

Another automaker recognizing the community is BMW of North America, which will mark its fourth year of its “Driven By Pride” campaign. This year’s content series features fashion designer Christian Cowan, who has created a Pride-themed vehicle wrap, which will be featured on a BMW M440i Coupe.

The content will debut this coming week across the automaker’s social channels and also will be made available to BMW dealers nationwide, according to a spokesperson at the automaker.

Stellantis and the automaker’s Jeep brand are primarily focusing efforts this year on the Detroit and New York communities. The automaker was the presenting sponsor of the 2022 Motor City Pride Parade and festival on June 11-12 in Detroit and will sponsor the New York City Pride events on June 26.

In addition, each of the company’s North American brands (Alfa Romeo, Chrysler, Dodge, Fiat, Jeep, Ram and Mopar) will provide Pride-branded merchandise for customers to purchase and display.

Ford Motor Co. debuted a Pride-themed Ford Bronco SUV at the Memphis Pride Parade and Motor City Pride in Detroit. It will appear at other events this summer.

Following in the footsteps of last year’s “Very Gay Ranger Raptor” in Europe, the design was developed to showcase the automaker’s culture of inclusiveness and continued support of the LGBTQ+ community, according to the automaker.

Finally, Subaru of America, which claims to be one of the first in the auto industry to include LGBTQ+ employees in its non-discrimination policies, is launching a new initiative with a mission to transcend Pride into something more than a succession of parades and rainbow-colored merchandise.

The “Be the Love, Volunteer!” campaign is designed to help cultivate volunteers for health and social service organizations that are licensees of Dining Out For Life, the restaurant-based fundraiser which Subaru has sponsored since 2006.

Consumers can visit LGBTQRCode.com to answer a few questions and be connected to a volunteering opportunity that matches their interests.  A video PSA voiced by TV personality Ted Allen promotes the program. 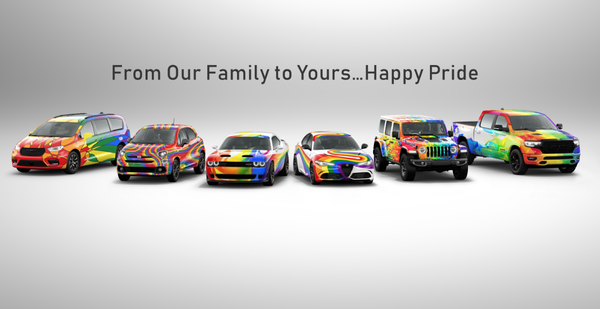 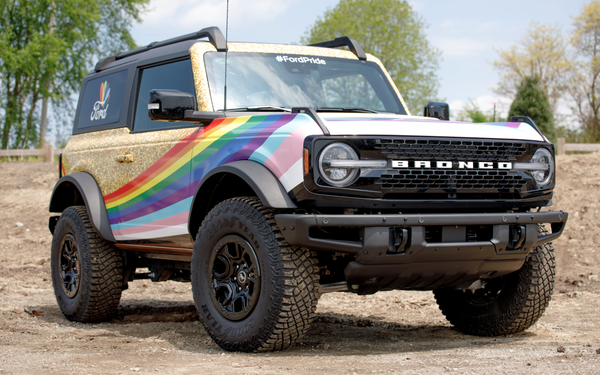