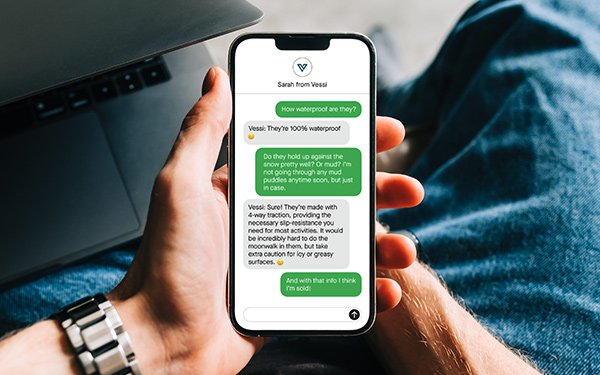 A platform that allows two-way SMS conversations has been unveiled by conversational commerce firm Attentive.

The new offering, Attentive Concierge, allows brands to conduct interactions via SMS throughout the customer journey, the firm says.

The goal is to help marketers create “one-to-one relationships at scale with our live agent team,” and move “beyond the @noreply world,” says Brian Long, CEO and co-founder of Attentive.

In moving beyond the @noreply world, Attentive Concierge helps brands “deliver the helpful conversations and experiences consumers have traditionally had with store associates to the palm of their hands,” Long writes in a blog post.

Long adds: “Text messaging isn’t a batch-and-blast channel where you’re talked at. The power of the channel is that consumers can actually speak with a brand.”

Email marketers might argue that their messages contain calls to action and response mechanisms.

Companies such as Igloo, Mented Cosmetics, and Made In have tried the Concierge service.

A recent survey of more than 5,000 consumers by Attentive found that 75%  expect a direct response from a person when they interact with a brand.

In addition, 81.2% of consumers have opted in to at least one’s brand text messaging program, a 26.1% increase over 2020. And, 63% of those have made a purchase from a text message within the last three months.