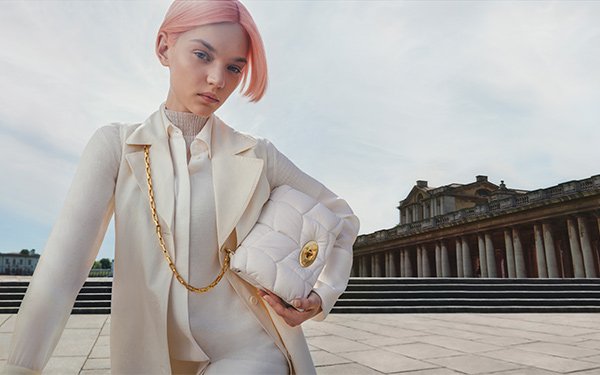 The smooth leather quilting and pillow-like look enhances the Mulberry Softie bag’s tactile appeal — the push in the new work.

The 37-second commercial opens with a young woman — dressed all in white to match her bag — walk along a city street. That is, until the bag sends her into a dreamlike, floating state, where she eventually falls gently on a white quilt.

The ad was produced by Collective Studios, the in-house studio of The Beyond Collective and directed by Joshua Stocker.

The campaign is running in the U.K., the U.S., Korea, China and Japan across social media, including TikTok, digital, in-store and CRM.

“It’s been a privilege to collaborate with such an iconic British brand, partnering to create a campaign that feels truly modern within the luxury category,” said Dom Goldman, Chief Creative Officer at Above+Beyond.