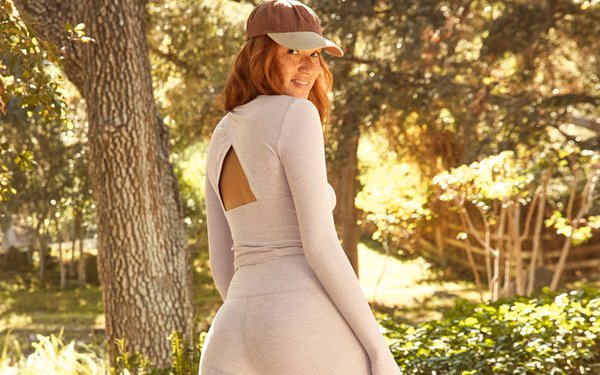 Competition in the land of buttery-soft leggings is about to heat up, with Beyond Yoga making its first bricks-and-mortar move.

The athleisure brand, scooped up by Levi Strauss & Co. last year, is opening a month-long pop-up in Los Angeles. It’s the 17-year-old brand’s first physical presence ever, and the company says it is the first step in a larger physical expansion.

Besides its exceptional size inclusivity, which runs from XXS to 4X, Beyond Yoga is best known for its four-way stretch fabrics that breathe, wick away moisture and provide sun protection. Its Spacedye products are top-rated, and to date, it’s sold more than 2 million pairs of Spacedye leggings.

The pop-up will be experiential, allowing shoppers to experience its products, including dresses and maternity. And it’s introducing a new color -- Crisp Lavender Heather -- exclusive to the pop-up.

A spokesperson tells Marketing Daily there will also be a Beyond Yoga x Bala workout class and custom bouquets from a local florist. Working with the Sweet Rose creamery, guests can also try a custom ice cream flavor.

“We are looking forward to continuing to scale the brand and open new stores at the end of this year into 2023,” said Michelle Wahler, co-founder and CEO, in its announcement.

The L.A. pop-up may be small, but it’s a gateway to an enormous market. Thanks to the pandemic, the athleisure trend continues to have legs, even as it morphs into workleisure.

At the time of purchase, Levi did not disclose a price tag, but said it expected Beyond Yoga to contribute about $100 million in annual sales.

Other competitors -- albeit at different price points --include the Gap’s Athleta; Sweaty Betty, recently purchased by Wolverine Worldwide; and Fabletics, which has a subscription model.

Sports giants Nike and Adidas also fight for share, along with products from Dick’s Sporting Goods and Kohl’s. And Target’s JoyLab activewear line has already crossed the $1 billion mark.

Beyond Yoga had more than doubled revenue while growing profitability over the past three years, reports CNBC. Levi’s says part of the plan is to increase sales of women’s products -- currently about a third of Levi’s business -- to 50% of its total.