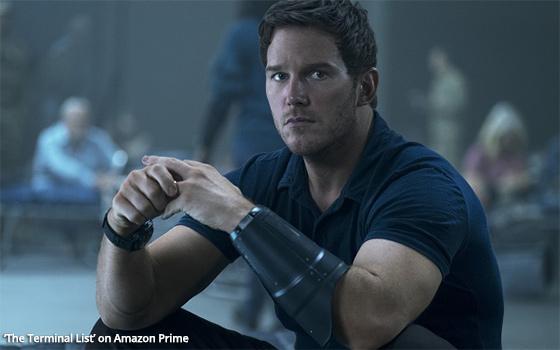 A story about the members of a Navy SEAL team all dying except one in a top-secret operation is an understandably grim tale.

It is not only dark and tragic for anyone taking up the task of watching this new Amazon series called “The Terminal List,” but it is sad indeed for the mission’s sole survivor, the unit’s commander, James Reece.

Revealing what happens in this ill-fated mission does not qualify as a spoiler because it takes place at the very beginning of the series’ first episode.

It then forms the basis for the show’s entire subsequent storyline in which Cmdr. Reece, played by the always sturdy Chris Pratt, begins to get the feeling that unknown outside forces conspired with Navy and intelligence insiders to draw the unit into a trap.

He comes to this realization based on his long military experience, which enables him to connect various dots and come up with a conspiracy picture.

The problem is, he suffered a severe concussion in the mission and his conspiracy claims are dismissed by his higher-ups as concussion-related hallucinations.

The grim nature of Episode One and at least part of Episode Two is understandable and even necessary in the telling of this tale.

With as many as 12 of his SEAL brothers killed in a mission he commanded, the show gives Reece the appropriate time necessary, from a storytelling perspective, to grieve and clear the concussion cobwebs from his head.

Thus, a viewer does a lot of waiting for some action to break out. This finally happens near the end of Episode One when Cmdr. Reece reveals he is still capable of hand-to-hand combat despite his cognitive difficulties.

Watching Reece in a hospital gown fighting off two armed combatants reminded the TV Blog of this year’s other over-the-top action hero, Jack Reacher in the “Reacher” series -- played by Alan Ritchson.

That series premiered last February on Amazon Prime, which has emerged as a destination for rough and ready action heroes in shows such as “Reacher,” “Jack Ryan” (starring John Krasinski) and now “The Terminal List.”

If the hospital fight scene in “The Terminal List” is any indication of what is to come, then this show gets the TV Blog’s official SEAL of approval.