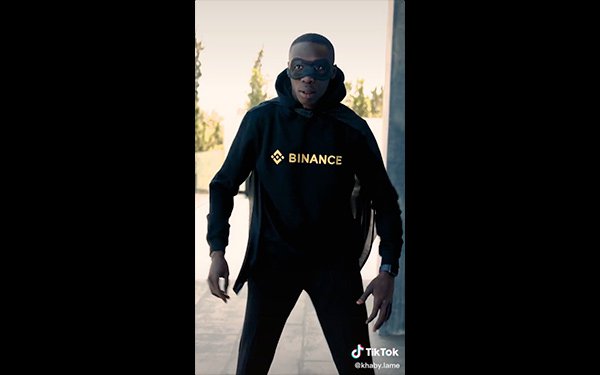 On Thursday, the Senegalese TikTok star Khaby Lame announced his new partnership with Binance, the world’s largest platform for buying and selling cryptocurrencies in terms of daily trading volume.

As a brand ambassador, Lame will help explain what Web3 and crypto are to the public.

With 145 million followers on TikTok and 78 million on Instagram, Lame is surpassing TikTok royalty such as Charli D’Amelio as the most popular creator online. He rose to fame through remaking “life hack” videos, navigating complicated scenarios while remaining silent.

“He’ll use his signature style to tackle some of the misperceptions around Web3 in this multi-year partnership,” reads a recent statement.

The partnership became known when Lame posted a video on his social media accounts in which he is wearing a branded Binance superhero costume, saving the day as someone he knows types “WTF is web3???” on made-up browser “Boogle.”

Binance recently announced a similar partnership with soccer superstar Cristiano Ronaldo. Both ambassadors will create exclusive NFT collections with Binance that their fans can buy and trade.

“I've been curious about Web3 for some time, and jumped at the chance to partner with a leader like Binance because it aligns perfectly with what I usually do: make complex stuff easy and fun for everyone!” Lame said in a statement.

Last year, Lame also partnered with Meta to help advertise the metaverse. He appeared alongside Mark Zuckerberg on Meta's corporate accounts in a video.