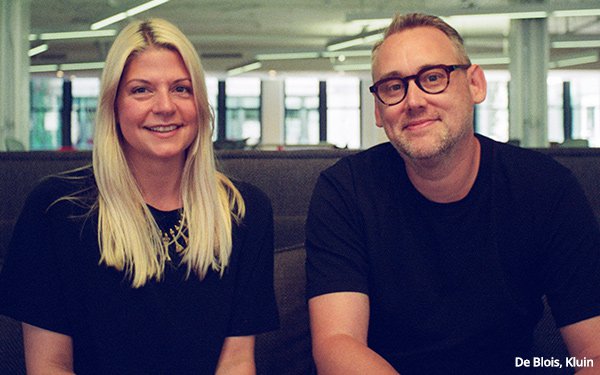 Previously, Kluin was U.S. Chief Creative Officer at Dentsu Creative, which included 360i, dentsuMB and Isobar. Earlier this year, The Drum ranked him the 15th-most awarded CCO in the world for 2021.

Kluin has worked on a number of big brand accounts, such as Kroger, 7-Eleven and GlaxoSmithKline. His work on HBO's "Westworld: The Maze" won a Grand Prix in Radio and Audio at the Cannes Lions International Festival of Creativity in 2019. Kluin started his career with roles at Saatchi & Saatchi NY and Y&R NY.

Some of his creative highlights include the FTX “Larry David” Super Bowl commercial, the partnership with Oreo and PFLAG to launch Proud Parent.

De Blois said the agency valued Kluin as a “builder that brings out the true potential in talent, helps raise clients’ ambitions, and has a track record for delivering work that creates a meaningful impact. He also has an appreciation for David Ogilvy’s legacy, which is incredibly important to all of us as we continue to grow and evolve the agency.”

Chris Beresford-Hill, president of advertising for North America, gave a shout out to Kluin’s mentoring: “At the end of the day, if you’re doing great work by raising people up, that’s the kind of leader we want on our team.”

Ogilvy earned Network of the Year at the 2022 Cannes Lions International Festival of Creativity.

Kluin said: “When you see the big moves Ogilvy is making, it’s clear that good things are on the horizon.”

Ogilvy is a WPP company.