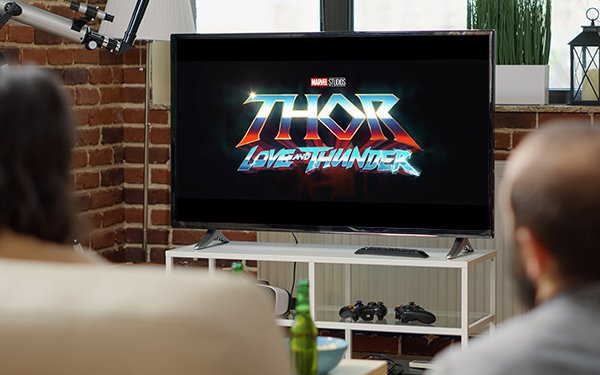 Coming out of the pandemic, theatrical national TV advertising continues to recover -- but is still not on par with 2019.

This year, so far, movie studios have pulled in 43.7 billion national TV impressions (from 139,279 airings of national TV commercials for movies). In 2019, the total was 83.5 billion impressions for that same six-month period (from 259,680 airings).

This year, Universal Pictures has spent the most of any studio, according to iSpot.tv estimates -- $167.5 million.

Paramount has had two of the top ten movies of the year so far in terms of North American box-office revenues, according to Box Office Mojo: “Top Gun: Maverick” at $604 million -- the top-performing movie; and “Sonic The Hedgehog 2” at $190.9 million.

Universal Pictures had two movies in the top ten: “Jurassic World: Dominion” at $353.9 million and “Minions: The Rise of Gru” at $231.2 million.

Even just looking at the second quarter of this year -- April through mid-July -- when movie studios ramp up spending for the big summer season to come, studios were still slower to spend.

The NBA Basketball returned to its traditional playoffs/finals schedule in 2022 -- programming where movies studios spend heavily. During the last two years, the league shifted playoffs and finals well into the summer due to pandemic disruptions.