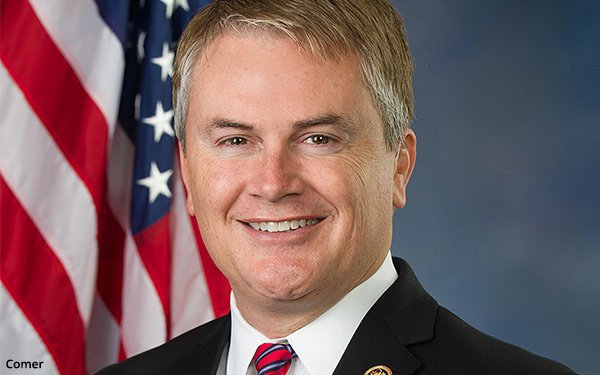 The Chinese-owned social service TikTok may have jeopardized U.S. users' security, Republicans on the House oversight committee say in a new letter to the company.

“Unequivocally, the data collected by TikTok on U.S. users, such as browsing and search history, biometrics, location data, and other metadata, would be a massive national security risk” in the hands of Chinese Communist Party's intelligence agency, Reps. James Comer (Kentucky) and Cathy McMorris Rodgers (Washington) said in a letter sent Thursday to TikTok CEO Shou Zi Chew.

Their concerns about ByteDance-owned TikTok stem from a June 17 Buzzfeed report that ByteDance employees in China have accessed data about U.S. users of the service. Two days after that report came out, TikTok said it is routing all U.S. traffic to Oracle servers, and plans to store all U.S. users' data in this country.

Comer and Rodgers say in their letter that if the Buzzfeed report is true, TikTok misrepresented its data policies, and also “placed the safety and privacy of millions of U.S. citizens in jeopardy.”

They are asking TikTok to provide numerous documents, including any agreements with ByteDance regarding data sharing and storing, as well as agreements regarding the use of data in algorithms.

The lawmakers are also asking TikTok to meet with staff to answer questions, including how many China-based employees have access to U.S. users' data.

The new letter comes as TikTok faces increased scrutiny in the U.S.

Earlier this month, leaders of the Senate intelligence committee asked the Federal Trade Commission to investigate the company over reports that employees in China accessed data about U.S. users.

Federal Communications Commissioner Brendan Carr recently asked Apple and Google to remove TikTok from their app stores due to its "pattern of surreptitious data practices."

In 2020, former President Donald Trump sought to ban the app.

Three influencers who said they earned money promoting products on TikTok successfully sued over the attempted ban, winning an injunction that blocked the government from prohibiting the app.

A federal judge said in that case that the International Emergency Economic Powers Act -- which Trump relied on -- did not authorize the ban.

That law allows the president to declare a national emergency and restrict some transactions with foreign countries, but doesn't authorize the regulation of “informational material” such as photos and news feeds, the judge ruled.