Why GroupM Is Still Bullish, Why More Marketers Need To Be Contrarians 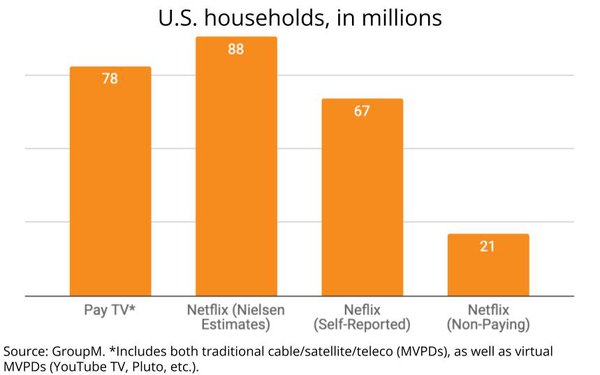 First let me say I personally am not a big fan of either podcasts or video presentations of important insights and data then reading text-based business analyses. That's mainly a personal thing, because it takes me so much more time to listen or watch a presentation, process it (often involving involving time-consuming transcription and note-taking) than reading a text-based analysis.

And that's partly because I spend so much time reading and vetting the text-based kind that I don't have a lot of time to actually listen or watch things. That said, I have to tell you there are a couple of regular dispatches coming from major ad agencies that are well worth my -- and I guarantee you, your -- time.

I've written numerous time about Sparks & Honey's regular culture briefings, which normally take place Tuesday through Thursday at noon, and they are some of the best real-time conversations about new and emerging trends that could have significant implications for advertising, media, branding and, yes, society.

Another one I've been putting off because of the time suck involved is the weekly "This Week, Next Week" podcast series from GroupM featuring its two two business intelligence execs -- Brian Wieser and Kate Scott-Dawkins.

Remarkably, the podcast has just dropped its 31st edition, and I'm just catching up with them now, because I happened to have a long car ride and could take the time to listen -- and re-listen -- to what they had to say.

Based on the two most recent episodes, I can tell you it's also a must-listen for anyone who is serious about reading the tea leaves that impact the advertising economy. And taken together with Sparks & Honey's culture briefings, and all the text-based insights I regularly receive from smart agencies, I'm willing to go out on a limb and say we are in a Golden Age of business intelligence coming out of ad agencies. And best of all, much of it is free, available publicly and all you have to do is spend your time consuming it.

So that's what I've done with today's RTBlog for episode 31 of GroupM's "This Week, Next Week," which dropped Aug. 5, and is jam-packed with some very remarkable insights, including Wieser's and Scott-Dawkins' breakdown of the ad industry implications behind big media company earnings reports, their own proprietary analysis of Netflix vs. the pay TV universe in the U.S., and perhaps best of all, what Wieser fondly refers to as the "Nouveau Beaujolais" of ad industry data -- the Internal Revenue Service's (IRS) release of what U.S. companies reported for ad spending in 2019.

Like the young French wine, Wieser notes that their is a "really long lag" between when the IRS data gets recorded and released, but even though it is now more than two years old, it's chockfull of insights, including the top line that small businesses (defined as American companies reporting receipts of $50 million or less) accounted for $78 billion in ad spending, or about 30% of the U.S. total.

The reason this is significant, they said, is because that is the "sweet spot" for rapidly growing big tech media companies such as Facebook and Google.

On the other hand, Wieser and Scott-Dawkins noted that while those small businesses are increasing their ad spending, they are not expanding their share of economic growth on the same pace as the nation's biggest companies. While they did not explicitly state the implications of that trend line -- nor try to adjust for what might have happened over the most recent couple of years -- the data is an important lagging indicator of where advertising may be heading.

It's important to note that GroupM's business intelligence team takes a bottom-up approach that focuses on tracking the ad revenues of media companies vs. spending by advertisers, so the IRS analysis is a bit of an outlier for their team, but you can hear in Wieser's voice how excite he gets by the release of the data when it comes out.

One thing they did note about more recent economic activity is that there appears to have been an important shift in consumer purchasing toward "goods" and away from "services" during the pandemic, and that likely correlates to a shift in ad spending toward goods marketers and away from services marketers, which likely has caused a "drag" on the latter's growth as an ad category.

They did not say what the long-term and/or more recent implications of that are, but it sounds like they are staying pat on what appears to be a relatively healthy expansion of the U.S. (and global) ad economy. At least they didn't give any indication that they're planning to revise it downward.

"What we really care about here is the advertising numbers, because we’re trying to make sure are we on the right track, are we on the wrong track in our forecast," Wieser noted, opening this week's podcast with their take on one of the biggest U.S. media company's -- Warner Bros. Discovery's -- earnings report last week.

He and Scott-Dawkins rattled off similarly positive quarterly earnings reports from other major media concerns, and noted that this week's report from Disney could be an important bellwether, but it didn't sound to me like they're planning any imminent downward corrections based on what they've been hearing to date.

Much of the podcast focused on secular shifts taking place in the way Americans consume "professional video" content, and how media companies make money with it.

Wieser said GroupM uses that term, because it considers all forms of professional video content -- both "linear," as well as streaming and CTV programmers -- to be "one line item" that most of us would have called "television" some years ago.

On that note, he and Scott-Dawkins spent considerable time trying to read signals sent by WBD's chief David Zaslav about the company still being big on linear TV, as well as the implications of that given that there has been huge churn among American consumers actually paying to subscribe for access to it.

They cited Nielsen data indicating more U.S. households currently access Netflix (87 million to 88 million) than subscribe to either a linear pay TV service (MVPDs) or a virtual one like Pluto or YouTube TV (which Scott-Dawkins noted just past the 5 million household mark).

They then went into a fascinating -- and telling -- analysis of Netflix's paid and unpaid subscriber universe utilizing Nielsen data vs. Netflix's own self-reported data and concluded there currently are about 21 million U.S. households subscribing to Netlflix without paying for it.

There was also a great sidebar discussion with GroupM General Counsel Nicola McCormick about bills for new legislation for regulating digital media tech giants in the U.S. and U.K. that is worth listening to, as well as a few great asides by Wieser and Scott-Dawkins, but I'll wrap this up with my favorite one, which involves Wieser expressing his own surprise about his attitude toward the economy.

"I'm normally a cynic. I'm normally negative," he said after hearing Scott-Dawkins talk about the strong U.S. jobs announcement last week. "And I feel like maybe everyone else is being too negative."

"You're just a contrarian," Scott-Dawkins corrected him.

"You're right. That's the answer," he concurred.

They then ran through other strong economic indicators and ruminated about why many big marketers have been expressing negative outlooks, when Scott-Dawkins summed things up for me: "It's almost like more advertisers need to be contrarian. 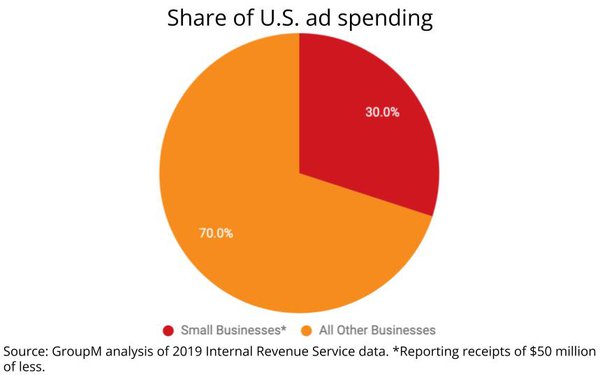 live streaming, netflix, podcast, research, streaming, television
1 comment about "Why GroupM Is Still Bullish, Why More Marketers Need To Be Contrarians".
Check to receive email when comments are posted.
Next story loading