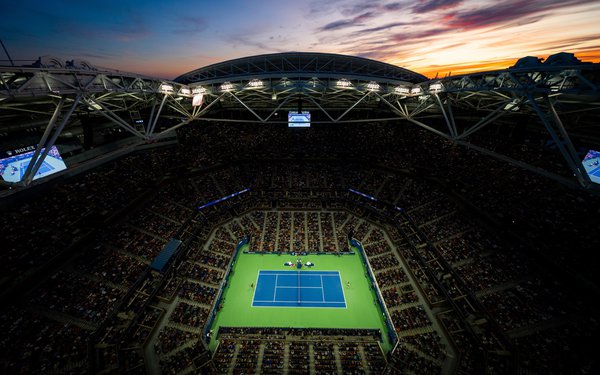 IBM is extending its 30-year partnership with the U.S. Tennis Association for an additional five years, starting with this year’s U.S. Open, where two new fan experiences will be rolled out.

From the launch of USOpen.org in 1995 to the introduction of the mobile app in 2009, and last year’s debut of the IBM Power Index with Watson, IBM and the USTA have collaborated on innovations for the U.S. Open.

Throughout the duration of the 2022 tournament, IBM will use artificial intelligence and hybrid cloud technology to analyze millions of data points from matches, as well as over 100 million news articles to provide fans with insights.

A new addition to the digital fan experience on the U.S. Open mobile app and on USOpen.org is a feature called “Win Factors." Building on the IBM Match Insights with Watson feature, "Win Factors" is designed to provide fans with an increased understanding of the elements affecting player performance, such as the court surface, rankings, head-to-head records, ratio of games won, recent performance, and media commentary.

Another new digital feature, “Have Your Say,” will allow users to register their own predictions for match outcomes on the U.S. Open app and USOpen.com. They can then compare their prediction with the aggregated predictions of other fans and the AI-powered Likelihood to Win generated by IBM.

“Win Factors” and “Have Your Say” join a suite of digital fan features — including the IBM Power Index, Match Insights and the US Open Fantasy Tennis game — all which are available on the newly redesigned U.S. Open digital platforms.

The partnership with the USTA gives IBM an opportunity to showcase the full breadth of its capabilities against the backdrop of a high-visibility sporting event, says Jonathan Adashek, senior vice president of communications and marketing at IBM.

The U.S. Open’s digital experiences run on a combination of on-premises, public, and private clouds, and IBM has designed a data architecture that helps ensure the right data — pulling from a variety of data sets and APIs — gets in the right hands at the right time, according to the company.

The 2022 U.S. Open, including Fan Week, during which the Qualifying tournament is held, runs from Aug. 23 through Sept. 11.