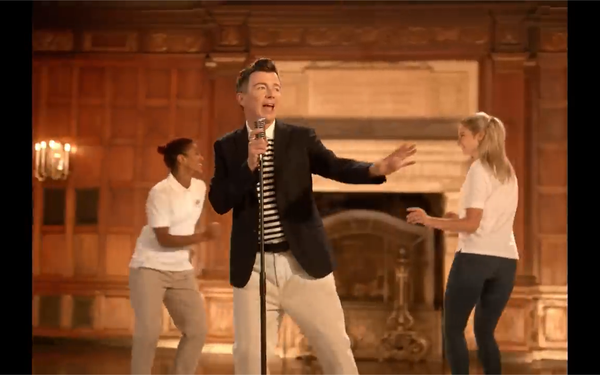 Rick Astley’s “Never Gonna Give You Up” has recently celebrated its 35th anniversary.

To celebrate, the singer has (Rick) rolled out an ad for CSAA, an AAA Insurer, in which he belts out the tune once again.

In the ad,  via Deloitte Digital, Astley affably sings in what looks like an insurance office as an employee ticks off a list on a whiteboard of things that Astley is never gonna do -- including: “Give you up,” “let you down,” “run around,” “desert you” and “say goodbye.”

In the video, Astley displays some skepticism, but he is reminded by some AAA employees that all is well.

Astley’s song might have remained a 1980s relic until 2007, when the video for his 1987 song became a “Rickrolling” phenomenon. (To Rickroll, you send a friend a link ostensibly to something else, but it turns out to be the “Never Gonna Give You Up” video.) Since then, Astley’s song has reached 1 billion views in 2021.