Hyundai Pulls Out The Stops For Family-Friendly Palisade 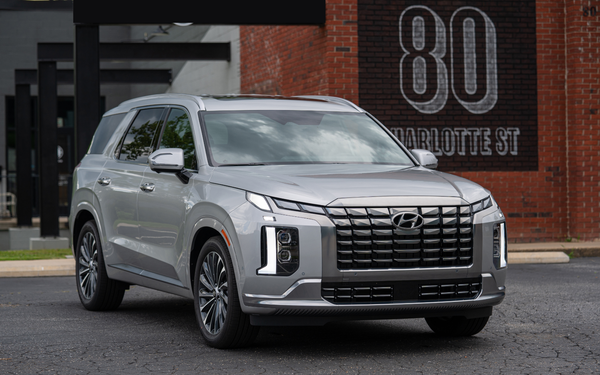 Creative emphasizes new features like a third-row intercom and a WiFi hotspot offered in partnership with Verizon.

I recently had a chance to test drive — and ride in — the 8-passenger vehicle, and I can attest that this is not the third row of previous-generation vehicles where the poor kids stuck in the back nearly suffocated from lack of air circulation and cramped quarters.

Rear-seat passengers (especially those in cold-weather states) really should rejoice — Palisade is the only SUV in its segment to offer third row heated seats at this time, which is a pretty nice point of distinction.

The automaker and its African-American marketing agency of record Culture Brands have launched a campaign that makes the Palisade the fourth vehicle to use the "Okay Hyundai" theme, says Erik Thomas, senior group manager, experiential and multicultural marketing, Hyundai Motor America.

The theme was first launched in fall 2021 and is designed to strengthen the connection between Hyundai and the African-American community through the embedding of cultural references and nuances in the creative messaging, he says.

The spot is a “great representation” of the automaker’s goals to be “more inclusive, authentic and representative” in its marketing efforts, Thomas adds.

General market spots for the vehicle from Innocean also emphasize the vehicles’ position in the Hyundai lineup as the one geared most toward families.

“Country Fair” and “Save Your Chords” both highlight the vehicles roominess and third-row “Passenger Talk” speaker for easier communication between driver and the rear passengers.

The campaign includes video, radio, digital and influencer executions. All spots feature “It’s Your Journey” as the tagline.

The vehicle competes against the Toyota Highlander, Nissan Pathfinder, Ford Explorer and Subaru Ascent, all which have third-row seating options, as well as its fellow Hyundai Motor Group brand, Kia, which is offering up a new Telluride.

Palisade’s target buyer is millennial parents, married with multiple kids, in professional occupations with a middle to upper-middle-class income who live in the suburbs and enjoy outdoor activities with the whole family.

Other new features in the Palisade include a 12.3-inch navigation screen, Hyundai’s first Wi-Fi hotspot which can connect five devices at once, remote smart-parking assist and fatigue-reducing “Ergo Motion” driver’s seat.

If you are someone who often misplaces vehicle keys, Hyundai has a feature just for you. A digital key is compatible with both Apple and Samsung devices and allows the driver to both unlock and start the vehicle using their phone in place of a key. Keys can be shared via iMessage and Samsung Pass.

The vehicle starts at $34,950 for the SE standard model and goes up to $48,900 for the Calligraphy full-luxury model.