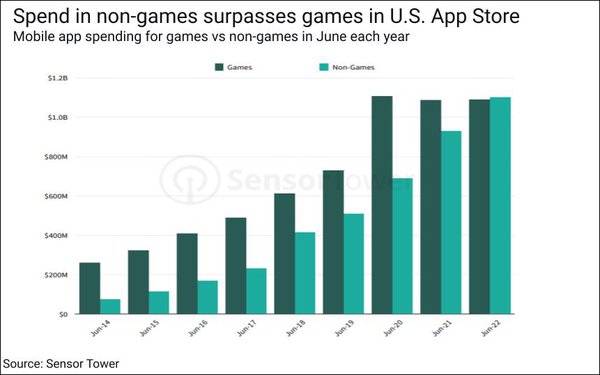 As of this year’s second quarter, more than half of U.S. App Store spending comes from non-game subscription mobile apps, according to mobile tracking firm Sensor Tower.

The quarter was also notable in that it marked the first time the firm’s tracking has shown a decline in overall U.S. consumer spend on apps.

Five years ago, games accounted for more than two-thirds of total spending in the store. Spending on non-games has grown at more than twice the rate as games, with non-games achieving a compound annual growth rate of 40% since June 2014, compared to less than 20%  for games.

In 2019 and early 2020, mobile game app spending growth consistently outpaced growth of non-game subs. But by late 2020, non-game growth had caught back up.

The mobile market “has changed drastically from the early days when consumers were less willing to spend on subscriptions or other in-app purchases outside of gaming,” notes the report. “While overall mobile spend in the U.S. has started to slow, spending outside of games has continued to climb rapidly, greatly outpacing the spending growth in mobile games.” 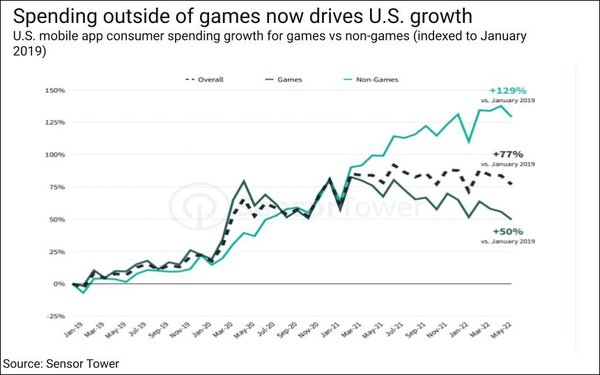 The rise of the subscription model on the App Store and the shift in consumers’ willingness to make purchases on their phones have helped hundreds of apps find success in the U.S. 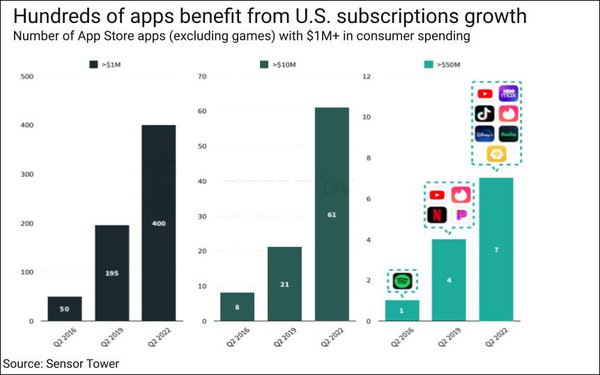 Still, after seeing strong growth at least since 2015, overall U.S. spending declined year-over-year for the first time in May 2022, “as the market corrected to the atypically high spend seen in the early months of the pandemic,” explains the report. 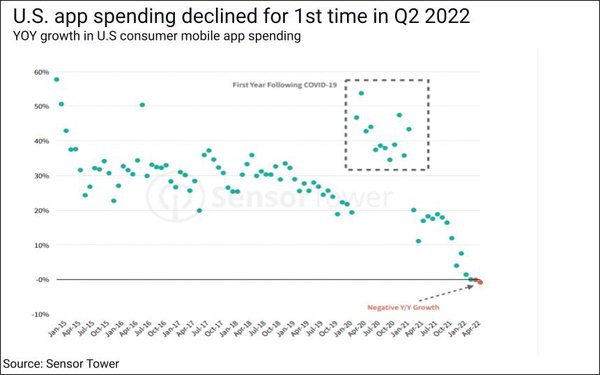 But following the huge spike in mobile spend in 2020, consumers have started to shift spending back to other activities, like travel and restaurant dining.