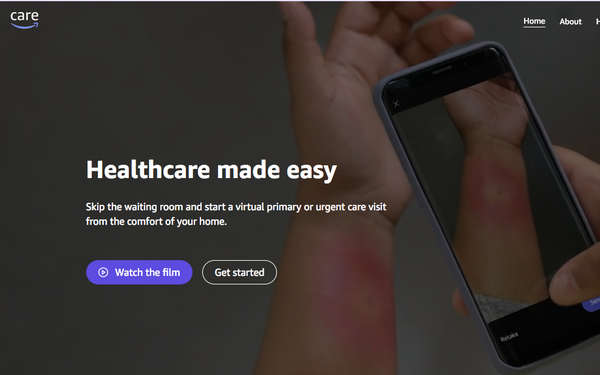 With its July purchase of primary health care provider One Medical Group already in motion, Amazon will shut down its own smaller healthcare service, Amazon Care, at year’s end.

Begun in 2019 strictly for Amazon’s Seattle employees and later expanded to serve employees of such companies as Silicon Labs and its own Whole Foods, Amazon Care combined telehealth services with actual old-fashioned home visits (in certain locations).

One Medical, which Amazon is buying for $3.9 billion, has been called a subscription primary care provider. For $199 annually, The Verge noted, members are promised “an app, 24/7 access to on-demand telehealth services over video, and guaranteed same- or next-day appointments available through more than 125 offices.” The firm also works with over 8,500 employers including Google, The New York Times reported.

GeekWire first broke news of the Amazon Care shutdown on Wednesday afternoon, quoting an internal memo from Neil Lindsay, Amazon Health Services senior vice president: “Although our enrolled members have loved many aspects of Amazon Care, it is not a complete enough offering for the large enterprise customers we have been targeting, and wasn’t going to work long-term.”

According to GeekWire, Amazon said the decision to close Amazon Care was made independently of the company’s agreement to buy One Medical.

Nonetheless, Natalie Schibell of Forrester Research told the Financial Times that Amazon Care’s closure was “not a sign of failure by any means. It’s a strategic move.”

Still, the Amazon Care shutdown came as a surprise. Just two weeks ago, in an article headlined, “Your Amazon therapist will see you now,” Business Insider broke the news that Amazon had added behavioral health to its services through a partnership with mental health platform Ginger.

Failing in the healthcare arena is not new to Amazon, however. In early 2021, Haven -- a three-year-old healthcare joint venture with Berkshire Hathaway and JPMorgan Chase -- shut down despite having a combined 1.2 million employers under its wings. The Harvard Business Review cited three reasons for this : “inadequate market power (to wring lower prices from providers), the perverse incentives of the U.S. health care system [favoring sickness over prevention], and the pandemic.”

Earlier this week, The Wall Street Journal reported that Amazon was one of the bidders for home healthcare company Signify Health, along with drugstore giant CVS and insurer UnitedHealth. The deal could be valued at over $8 billion, WSJ said.