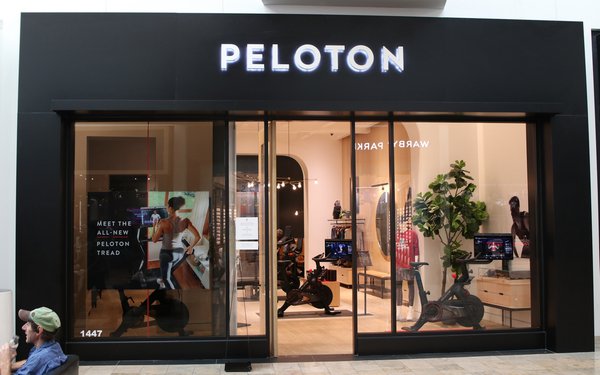 Due to substantial business and marketplace slowdown, Peloton Interactive, the connected TV fitness company, dramatically lowered marketing efforts in its latest quarterly period -- down 31% to $158.1 million -- from the prior-year period.

Looking specifically at national TV advertising, Peloton has spent $54.9 million this year so far through August, according to iSpot.tv -- down from $96.1 million a year ago.

Much of this occurred in tandem with lower sales of its connected fitness products -- especially its high-priced internet-connected bikes -- where revenue was cut in half to $295.6 million versus $655.3 million in the prior-year quarter.

Peloton sees some tough times ahead.

“With the U.S. market for connected fitness down an estimated 51% year to date -- and our market share up an estimated 17% year to date -- we expect the market for connected fitness to remain challenging for the foreseeable future in fiscal year 2023,” says Barry McCarthy, president/chief executive officer, who took over from founder John Foley in February, in a shareholder letter.

On Wednesday it was reported that Peloton had made a deal with Amazon to sell its products on its e-commerce platform.

All that rocketed Peloton stock up 20% at the close. But the next day -- on the release of its quarterly earnings -- Peloton stock went back down 18% to close at $11.02.

Peloton and other connected services, boosted by the COVID-19 pandemic, have seen weakening business now that the pandemic has ebbed.

Peloton's member subscriptions were basically flat versus the previous reporting quarter at 6.9 million. Average Monthly Workouts per connected fitness subscription dropped to 14.8 from 18.8 in the previous quarter and down from 19.9 in the prior year ago period.

Recently, in one special promotion deal, Peloton lowered the price of its over $2,200 original Peloton Bike to around $1,000. In addition, it is testing a rental option, which could play its content on competitors hardware.

“Our test results show the program is driving increased traffic to the top of our marketing funnel and clearly appeals to a younger, more value-conscious consumer,” says McCarthy.

Marketing-wise Peloton is teasing efforts for its newly revamped treadmill machines -- Peloton Tread and Tread -- starting up a “Tread” TV talk show featuring Ashton Kutcher, who will invite members to train alongside him as he uses his Peloton Tread to prepare for his first ever New York City Marathon.

In 2021, the Tread product was recalled due to several reported injuries with the machine and after the death of a child.