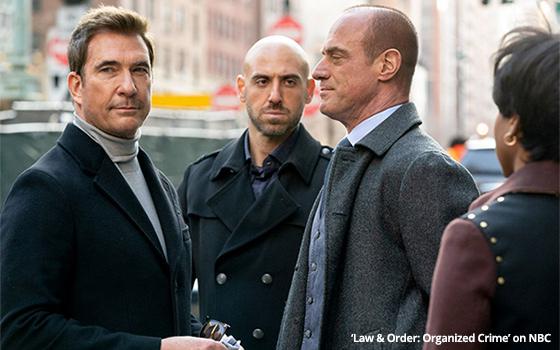 Mulling a major transformation of its prime-time schedule, NBC Television Network is considering a groundbreaking move: giving back one hour of programming -- the 10 p.m. to 11 p.m. time period -- to its NBC affiliate stations to program.

“We are always looking at strategies to ensure that our broadcast business remains as strong as possible,” said an NBC statement. “As a company, our advantage lies in our ability to provide audiences with the content they love across broadcast, cable and streaming.”

The Wall Street Journal originally broke the news of the possible move, which would be a dramatic change for NBC.

The 8 p.m. to 11 p.m. prime-time period was a long-time mainstay of the broadcast programming schedule since its inception in the late 1940s/early 1950s. That changed with the launch of the Fox Television Network in 1986, when the new broadcast network only programmed prime time from 8 p.m. to 10 p.m. for its station affiliates.

Local affiliate network TV stations air their own programming in places that their network partners do not.

TV network executives have long considered what type of structural shifts they can make while moving to new forms of distribution.

NBCU recently announced that all new prime-time episode programming for the upcoming season on the NBC Television Network and its Bravo cable TV network would be made available on Peacock the next day after its linear TV airing.

In response to these dramatic changes, major brand prime-time TV advertisers have moved more advertising dollars to streaming platforms over the last couple of years. For instance, NBCUniversal says its TV upfront dealings -- just completed this past summer -- saw Peacock gain more than $1 billion in advertising commitments for the 2022-2023 TV season.

Major upfront brand advertisers are estimated to have shifted anywhere from 20% to 30% of their prime-time budgets to premium streamers' services -- including to new connected TV distributors such as Roku.