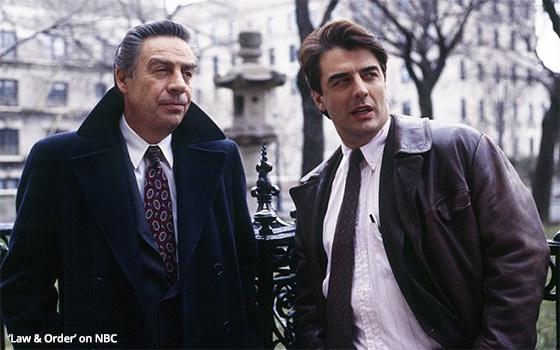 NBC’s internal discussions on a plan to jettison the third hour of prime time and pawn it off on its affiliates was portrayed as "preliminary" in news stories published in recent days.

But if this “preliminary” plan soon becomes more than preliminary -- i.e., real and imminent -- then the NBC affiliates will have only a year to make their own plans for what they will do to fill this prime-time real estate that NBC is abandoning just because it doesn’t suit its purposes anymore.

NBC is reportedly eyeing September 2023 as the start date for lopping seven weekly hours of prime-time content off of the customary 22 that the network has provided for decades to its affiliates in 210 DMAs representing virtually the entire U.S.

The network has not even held “official” discussions with its affiliates about the plan, the news stories said.

The meaning of this is unclear. Has NBC told its affiliates that they should prepare to lose seven hours of prime-time content in a year, or haven’t they?

And if NBC did not tell its affiliates about the plan, then it is reasonable to conclude that the affiliates first heard about this scenario at the same time everybody else did when the news broke on Friday.

Even if the plan is not yet “official,” local stations will have to start formulating their plans immediately for the 10-11 p.m. (eastern) hour, whether the scheme comes to pass or not.

Adding to the challenge: The 10-11 p.m. hour is particularly important to affiliates because network dramas (such as “Law & Order,” pictured above) that air in the time slot serve as crucial lead-ins for their late newscasts, or so the affiliates have long believed.

The effectiveness of these lead-ins -- or the concept of lead-ins in general -- is debatable. In addition, like any network, NBC has had its share of failures in the hour. Nevertheless, this one-hour vacancy will now have to be filled.

The options are: more local newscasts, or perhaps just earlier ones; first-run syndicated shows (prime-time Drew Barrymore, anyone?); off-network syndicated shows -- either two half-hours such as “The Goldbergs” and “Mom,” or perhaps off-network dramas to replace the first-run dramas NBC used to schedule there; or some kind of homemade shows that some of the station groups have already been producing for themselves and others for a number of years now.

Putting all of this together will have to be done in less than a year, actually, so that the changes can be put in place and promoted all summer long before September.

The news stories about the move all said it has to do with NBC Universal cutting costs, streamlining operations, whatever.

It is true that, like the other big companies that have adopted streaming-first strategies, NBCU routinely steers many of its new comedies and dramas straight to Peacock.

When it comes to scripted shows, it seems more and more these days that the legacy networks get the leftovers.

Although the plan is being portrayed as “preliminary” and not yet formed, it has the whiff of inevitability about it.

Perhaps like legacy publishing (remember magazines?), legacy network broadcasting could now be entering its own winding-down stage. If NBCU goes through with its prime-time paring plan, look for its competitors to follow suit.

Whatever happens, it has been true for a long time that affiliates don’t have nearly the influence or power in their relationships with their networks as they did years ago.

The TV Blog first took note of the trend as far back as May 2016 when NBCU put on a new kind of Upfront at Radio City Music Hall in which all of its cable channels and NBC were positioned as equals -- diminishing the traditional status of the flagship network.

The various heads of the affiliate station groups who traveled from all over the country to attend the Upfront seemed dumfounded to see their network being portrayed as on par with E! and Syfy.

This past May, the Disney Upfront actually omitted any significant mention of ABC at all in its entire, two-hour-plus presentation that emphasized the likes of Hulu and ESPN.

Afterwards, as the attendees filed out, the TV Blog caught up with some of the out-of-town execs from some of the largest broadcast station groups in the U.S. and asked them how they felt about ABC, their network, being virtually ignored.

They demurred at first, but then admitted they were disappointed. You could see it on their faces.