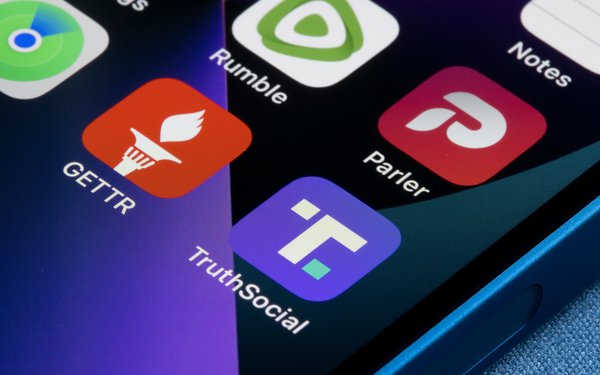 Google is holding up the approval process for Truth Social's Android app for distribution in its Play Store. The Alphabet company says the app lacks sufficient content moderation to plan a release date.

Trump Media and Technology Group CEO Devin Nunes late last week claimed the decision to release the app "is up to Google.”

“When are we going to be available on Android?” Nunes said during an interview on “Just the News Not Noise” podcast. “Well, look, that’s up to the Google Play store. We’re waiting on them to approve us. I don’t know what’s taking so long.”

Google notified Truth Social, published by Trump Media and Technology Group, on August 19 of several violations -- standard policies that need to be fixed in the current app submission -- that are required for effective procedures to moderate user-generated content.

It is a condition of Google’s terms of service for any app to go live on Google Play, Axios reported.

The restriction means that Android users -- about 44% of smartphone users in the U.S. -- cannot download the app. Google will not let the app go live until the content issues are addressed.

Truth Social said it is working to address these issues.

Trump Media and Technology Group on Tuesday released an update on its progress.

“TMTG has continuously worked in good faith with Google to ensure that the Truth Social Android App complies with Google’s policies without compromising our promise to be a haven for free speech,” the company stated. “As our users know, Truth Social is building a vibrant, family-friendly environment that works expeditiously to remove content that violates its Terms of Service – which independent observers have noted are among the most robust in the industry.”

TMTG notes in the release that in contrast, a four-year-old tweet threatening nuclear war on law-abiding citizens remains on Twitter without consequence.

The app launched by Donald Trump as a free speech platform for conservatives faces financial and legal woes.

Axios reported in April, citing sources, that Truth Social owes one of its vendors -- an internet infrastructure company called RightForge -- around $1.6 million in backdated payments.