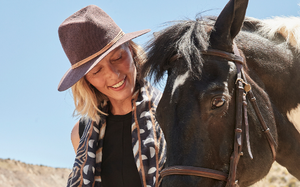 Chico's is getting its groove back, with its new strategic initiative powering impressive sales gains in its second quarter. And it's hired Leana Less, formerly of Aveda and Coca-Cola, as its new senior vice president of marketing.

The gains came from increases in both the numbers of transactions and higher average dollar sales and are partially offset by the shuttering of 26 stores.

Net income advanced to $42 million, up from $26.2 million in the year-ago period.

The company also credited its new marketing approach, especially the emphasis on digital. "Strategic marketing efforts continue to drive more customers to the company's brands, with total year-over-year customer count up mid-single digits, spend per customer up over last year's second quarter and the average age of new customers continuing to trend younger," a release says.

In Chico's banner, comparable sales rose 30% and gained 32% at White House Black Market. At Soma, its lingerie brand, sales fell 9%, which it chalked up to the consumers spending less on loungewear as they head back to work.

Apparel was again the top performer, and the company says it significantly reduced promotional activity.

In digital endeavors, it says the new apps are outperforming expectations, with a conversion rate 10 times higher than website sales. Mobile sales are 25% higher than the site.

Six months ago, the company launched a three-year growth initiative and says these results demonstrate its new strategy.

Separately, it announced that it has hired Leana Less as senior vice president of marketing, replacing Kimberly Grabel, who left several months ago.

Less had been head of consumer marketing at Aveda, a subsidiary business of Estée Lauder, where she focused on ecommerce. Before that, she served as vice president of global connections and media at Coca-Cola, working on digital growth initiatives.