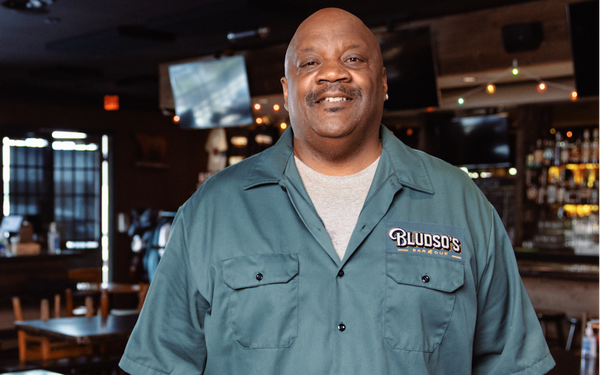 Dickies, one of America’s hardest-working apparel brands, is ditching its tough image for a tender campaign.

As part of its ongoing 100th-anniversary celebration, the company is releasing a series of new ads focusing on the importance of family traditions and cultural roots in how people view their jobs.

One starts with Kevin Bludso, a pit legend in Compton, California, who explains how his grandmother taught him about Texas barbecue. In another, Kay Kaoru talks about leaving Japan to build lowriders in the U.S. A third features singer Kona Rose, focusing on dance moves she learned from her mom. And two others focus on small businesses based in the U.K.

The narratives aren’t connected. “Someone running a dry-cleaning business doesn’t have much in common with a cobbler or someone building lowriders,” says Doug Thielen, Dickies’ senior director of global brand and product marketing. “But there is a sense of shared values and their mission. They see themselves as the driver of their own lives.”

The work is an extension of an anniversary effort launched earlier this year, “and we wanted to lean more deeply into our heritage as a workwear brand,” he says.

The launch comes at a rough time for the blue-collar brand. In its most recent quarterly results, parent VF Corp. says sales at Dickies sank 15% to $170.4 million, from $199.3 million in the comparable period last year.

Thielen tells Marketing Daily the effort is “an opportunity to connect with existing customers, but also a way to meet new people. We’re looking for increased customer acquisition, site visits and new followers on social media.”

Dickies competes most directly with Carhartt, but less directly with brands like Wrangler, Levi Strauss, Duluth Trading Co. and a growing number of D2C brands.

The campaign is intended to boost sales of some of the brand’s best-known clothing, including coveralls, bib overalls, double-knee pants and its signature Eisenhower jacket.

All the spots focus on items it considers “our five icons,” including bib overalls, coveralls and the Eisenhower jacket. “These are the staples of many of our customers’ closets,” he says.

Over the years, they’ve also been adopted in pop culture and embellished by fashionistas looking to inject a little working-man chic into their street look.

Ads are running on its social sites, Amazon storefront,  Meta, Google and TikTok in the U.S., Europe and the Middle East, and Asia/Pacific.