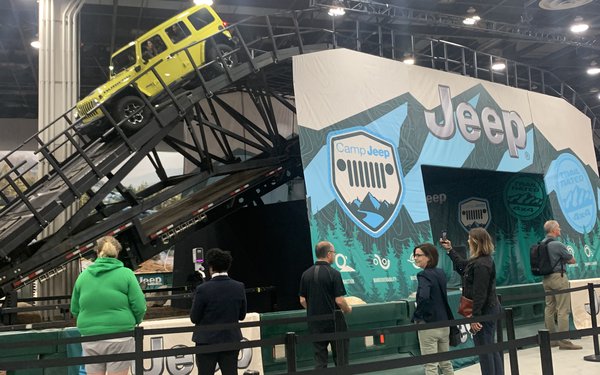 The North American International Auto Show, which opened to consumers on Saturday, has been criticized by some members of the media because it was smaller than in years past, and fewer new vehicles were unveiled.

With all due respect to my fellow automotive journalists, I have a different perspective.

Yes, there were fewer manufacturers, but the automakers who were there did a great job of shifting exhibits to be more interactive, experiential and educational -- including providing lots of information about electric vehicles charging, which is sorely needed.

The number of manufacturers with displays was dropping even before the three-year show hiatus due to the pandemic. This year, the automakers with displays were Stellantis (Chrysler, Jeep, Dodge, Ram, Fiat and Alfa Romeo); General Motors (Cadillac, Chevrolet, Buick and GMC); Ford Motor Co. (Ford and Lincoln); Toyota and Subaru. There were vehicles from other brands that were part of dealer-driven displays that were basically cars on carpet.

Maybe it didn't have the grandeur of the Detroit show of 20 years ago, but I would argue that for today’s Detroit-area consumers, who tend to be loyal to the Detroit Big Three brands, it’s the perfect show.

About 78% of consumers in the Detroit Designated Market Area purchase vehicles made by the Detroit Big Three, according to vehicle registration data compiled by S&P Global Mobility.

The Detroit Designated Market Area is composed of nine Michigan counties. It is the 13th largest DMA in United States, as ranked by Nielsen as of 2022, with average income $54,368, and median income $58,175.

Many Detroit shoppers are loyal to the Detroit brands because of family and employee discounts for purchase. But don’t discount peer pressure.

It’s not uncommon to still see bumper stickers proclaiming allegiance to the so-called American brands such as “Out of a Job Yet? Keep Buying Foreign” or “Buy American While There is Still Time” which shows an American flag being eclipsed by a Japanese flag.

It could be part of what prompted Toyota to proclaim its strong U.S. heritage loud and clear at its Detroit auto show stand this year. 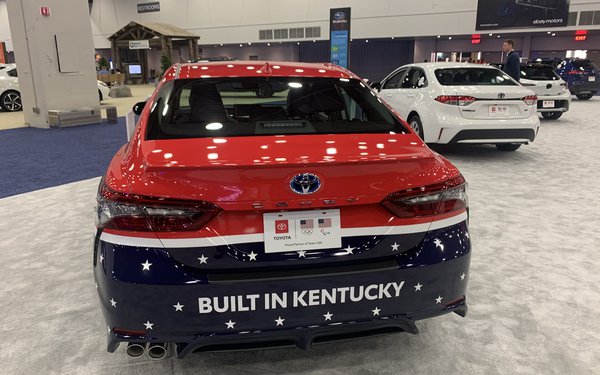 A large infographic with the headline “Our American Journey” conveyed that the brand has built 32 million vehicles and counting in the U.S. in the past 35 years, employs 176,000 people at 10 plants, and has invested $30.6 billion here.

If Detroit consumers are getting what they need from the new show and automakers are moving the money from elaborate auto show stands into other marketing that better reaches their specific targets, it seems like a win-win, except maybe for the stand builders like George P. Johnson.

And really, GPJ will still get work. BMW had a large display at the nearby Detroit Concours d’Elegance on Sunday. That venue, with its focus on pricey collectible cars, seems like a much better place to reach a luxury target in the Detroit market. Roughly 2,500 people attended the Detroit Concours, per organizers.

With the move from January to September, the Detroit show is still in a learning phase, says Stephanie Brinley, principal automotive analyst, S&P Global Mobility, and a longtime auto show attendee.

Weekend auto show attendance figures have not been released yet, but The Detroit News reports that hundreds of attendees — including many families — were on the show floor within the first 30 minutes of the 10 a.m. Saturday opening.

That sounds exactly like what show organizers were hoping for. 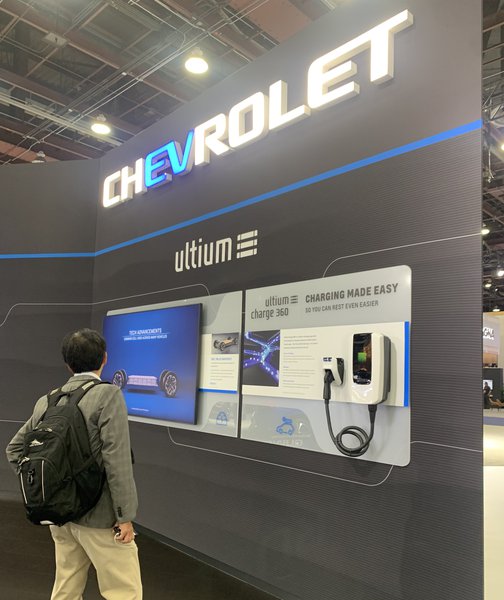