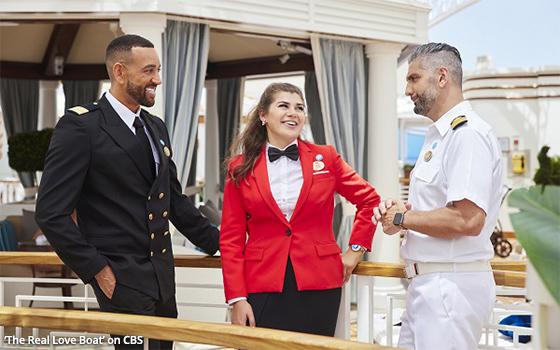 Only two of the unscripted shows are new, however. Nevertheless, adding up the two new ones and the returning ones, the TV Blog arrives at a total of approximately 30 hours of unscripted TV in the fall prime-time lineups that began to take shape this past Monday night (September 19).

A note on this “research” and the use of the word “approximately” in the above paragraph: The tally is based on a count of unscripted hours at the outset of the new season, including two-hour special episodes of shows such as “The Voice” on “NBC and “Survivor” on CBS.

Like a handful of other reality-competition shows, both of these customarily start their seasons with two-hour episodes before they eventually settle in at one hour per episode.

Thus, the conclusions of this audit are subject to change as the season goes on, but not by much.

In the count, the unscripted TV category included news magazines (“60 Minutes,” “Dateline” and the like) and reality-competition shows (“The Voice,” “Survivor,” “Hell’s Kitchen” and others).

It also encompassed love-match shows (“Bachelor In Paradise” on ABC, for example, plus the new “The Real Love Boat” on CBS, pictured above), and miscellaneous shows such as “America’s Funniest Home Videos,” “Penn & Teller: Fool Us” and “World’s Funniest Animals.”

The count also included the weekly, two-hour “WWE Friday Night Smackdown” on Fox, but did not include other sports in prime time at this time of year such as NFL football and baseball playoffs.

For the record, the other new unscripted series this fall is illusionist Criss Angel’s new series on The CW, “Criss Angel’s Magic With the Stars.”

New scripted shows represent just 7½ hours of total prime time this fall. They are: “Quantum Leap” and “Lopez Vs. Lopez” (the only new comedy) on NBC; “The Rookie: Feds” on ABC; “So Help Me Todd,” “East New York,” and “Fire Country” on CBS; “Family Law” and “Walker: Independence” on The CW; and none on Fox (although Fox has a number of series planned for midseason starts).

After the 30 hours of reality shows and 7½ hours of new scripted series are accounted for, the rest of prime time is taken up by returning comedies and dramas, with a number of the latter representing spin-offs and brand extensions of existing franchises (as noted in a recent TV Blog).

Why all the unscripted shows and paucity of new scripted ones? One theory is that the legacy networks and their parent companies are now engaged in an ongoing process of what you might call “content allotment.”

As noted here in past TV Blogs, some new series -- mostly dramas -- that have had their premieres on the streaming services play like they could just as easily have fit comfortably on a co-owned broadcast network.

But instead, they were assigned -- “allotted to,” you might say -- to a companion streaming service presumably based on an expectation that that is where their presence will benefit the company most.

Thus, the network prime-time schedules are filled more and more with reality shows. It should be noted that many of the reality shows are long-running, successful mainstays of network television such as “Survivor” and “The Amazing Race” on CBS, and “Shark Tank” and “The Bachelor/Bachlorette” franchise on ABC, to name a few.

It does seem that in the allotment process suggested above, the TV companies are primarily steering scripted content toward their streaming platforms.

With a handful of possible exceptions, reality shows in the categories mentioned above are going overwhelming to network television, and not streaming.

As a result, the make-up of network TV today -- minus football -- can be summed up very generally as a combination of a great many long-running dramas and drama franchises, established sitcoms, news magazines and reality competitions and, lately, comparatively few newcomers.

television
1 comment about "Network Reality: Prime Time Unscripted Shows Are Adding Up".
Check to receive email when comments are posted.
Next story loading