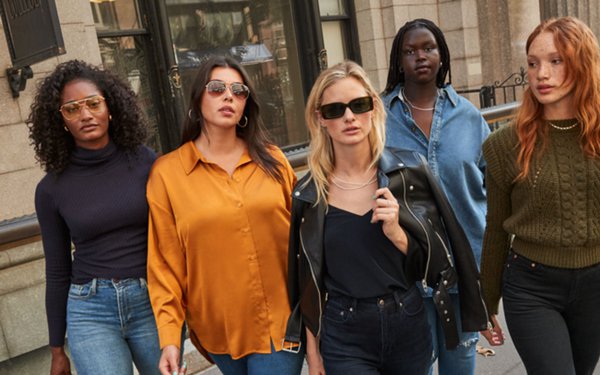 Stitch Fix is still struggling, posting declining revenues and fewer customers. While those results disappointed observers, the D2C company is also showing gains in its Freestyle offers, which enable customers to shop differently than its flagship "Fix" approach.

For its fiscal fourth quarter, the San Francisco apparel company reported a 16% tumble in revenues to $481.9 million. The number of active clients declined by 9% to 3.8 million. Losses ballooned to $96.3 million, compared to net income of $21.5 million in the comparable period last year.

For the quarter ahead, the company's predicting a sales slide of at least 20%.

"Today's macroeconomic environment and its impact on retail spending has been a challenge to navigate, but we remain committed to working through our transformation and returning to profitability," said Elizabeth Spaulding, chief executive officer, in its announcement.

The D2C brand is built on the idea of delivering a curated fashion fix to customers based on their preferences, input from human stylists, and complex algorithms that first put the company on the map as a tech superstar.

But as more competitors emerged, it became clear that the core offer meant "fixed" to too many customers: a rigid, cumbersome approach to personal style. With the launch of Freestyle, Stitch Fix invited customers to browse and buy the same way they do on any other apparel site.

Observers see progress. "In the quarter, softness in Fix volumes were partially offset by demand for Freestyle, which has seen steadily growing penetration among Fix clients since its launch," writes Mark R. Altschwager, an analyst who follows the company for Baird.

Still, those gains are colliding with increasing caution among consumers pulling back on discretionary purchases like apparel as they watch their grocery and energy budgets more closely. "Management noted a pullback in consumer demand in June/July, attributed to macroeconomic pressures, that has persisted into the first half of the first quarter."

In a webcast conference call, Spaulding told investors the company's new ad campaign should help. "We know that success will not only come through new client activation but also through prospective clients, and reengaging clients who haven't shopped with us for over 12 months," she said. The new creative highlights how Stitch Fix works. "We expect this campaign to drive a sizable increase in impressions across TV, paid social and branded content partnerships. Building brand awareness will increase traffic to our ecosystem."

The company also introduced an affiliate influencer network and is working to improve conversion rates in its Freestyle sales.