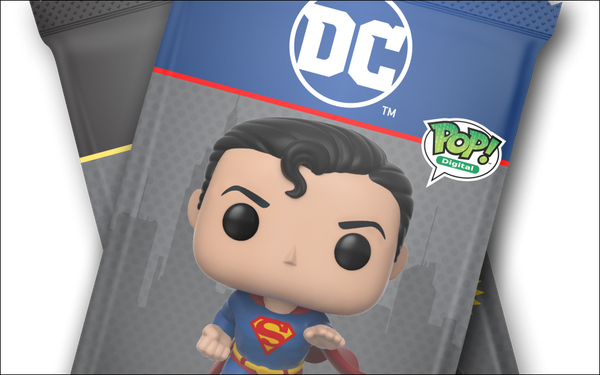 Aiming to combine both physical and digital collecting -- a popular strategy in the non-fungible token (NFT) space -- culture retail brand Funko has teamed up with Warner Brothers to offer a comic book exclusively through Walmart.

According to Coindesk, the “phygital” collectible will include a comic book cover from DC’s “The Brave and the Bold,” which arrives to buyers in both print and an NFT that can be redeemed online.

To claim the NFT online, DC fans can purchase the collectible and connect their crypto wallet. The NFT itself is minted on the World Asset eXchange blockchain (WAX), which supports upwards of 60 million NFTs and 30,000 decentralized apps.

This is not Funko’s first time in the NFT space. In August 2021, it launched a Teenage Mutant Ninja Turtles collection, which gave collectors figurines and an NFT.

Over the past year, the company has released a slew of NFT collections tied directly to their brand with drops featuring more classic cultural icons like Big Boy, Star Trek, Bob Ross, Transformers, Scooby Doo and more. As well as its flagship “Pop!” action figures.

Funko will begin selling the 30,000-unit “Brave and The Bold” collection at Walmart on October 7.

“We think this is a great opportunity to test out what this could look like with retailers, and if we wanted to expand our NFT business to physical retailers as well as digital,” Funko CEO Andrew Perlmutter told CoinDesk.