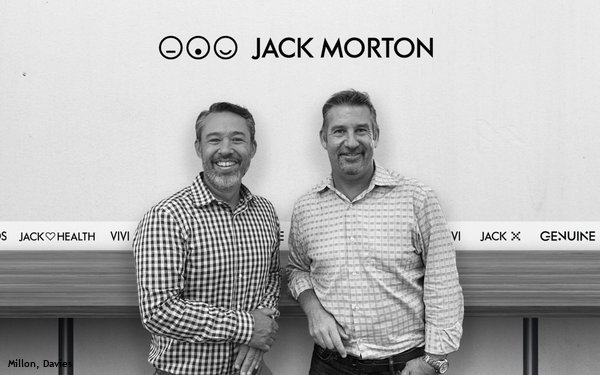 Interpublic experiential agency Jack Morton has confirmed that its longtime CEO Josh McCall is stepping down and is being succeeded by two Global Co-Presidents, Bill Davies and Craig Million.

McCall will remain Chairman through the end of this year, supporting the leadership transition. McCall joined Jack Morton in 1984, and since 2003 has served as the agency’s third CEO following his predecessor, Bill Morton, and agency founder Jack Morton. McCall will become Chairman Emeritus at the start of 2023.

“In the last two years, our industry experienced an enormous business transformation, and as an agency, we have emerged significantly stronger from the pandemic,” stated McCall. “Now is the optimal time for two well-deserving leaders to build on” that success.

IPG CEO Philippe Krakowsky gave a tip of the hat to McCall, calling him “a tireless champion of brand experience and a dedicated leader… We are grateful for his almost 20 years of guidance and look forward to a legacy of strong leadership continuing at Jack Morton under Bill and Craig.”

Davies began his career at IPG PR agency Weber Shandwick where he ascended to Global Chief Financial Officer. He joined Jack Morton’s leadership in 2002. During his tenure at Jack, he has led mergers and acquisitions, strategic planning, and served on GM’s Supplier Council.

Millon has served as Jack Morton’s Chief Client Officer since 2019 and is responsible for agency growth through leadership of account service, new business, and marketing functions. He has also been instrumental in establishing new offerings, such as the introduction of Jack Health which has grown the agency’s healthcare revenue by 55% since its launch in 2021. Before joining Jack Morton in 2012, Millon held roles at Revlon, Gillette, and FCB/Marketing Drive, the latter also part of IPG.

Davies and Millon will remain based in Boston.