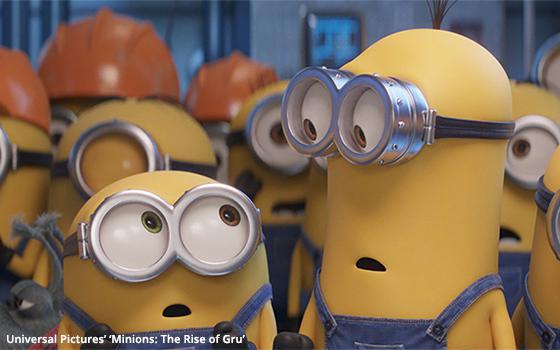 National TV advertising spending slowed down dramatically in the third quarter, falling 42% to $124.7 million, according to estimates from iSpot.tv.
But movie box office revenue grew.

A year ago, over the same period, movie studios spent $216.2 million.

This year's national TV spend resulted in 16.9 billion impressions -- versus 27.2 billion for the same period a year ago. There were 81,889 airings in the year-ago period, compared to this year's total airings, at 62,008.

Top studio spenders in the third quarter of 2022 include Universal Studios with $30.7 million, followed by 20th Century Studios at $17.7 million, Sony Pictures’ Columbia Pictures at $16.4 million and Warner Bros. ($12.6 million).

Lower spending did not affect overall actual movie box-office receipts. There was a 40% gain to $1.9 billion versus $1.4 billion a year ago, according to IMdb Box Office Mojo.

The highest-earning film this year is Universal Pictures’ “Minions: The Rise of Gru,” which took in $367 million in domestic theater revenue in the period. Walt Disney’s “Thor: Love and Thunder” was next at $343.2 million.

Those movies opened July 1 and July 8 respectively, with much of their national TV marketing coming in the second quarter of this year.

A year ago, only one movie posted more than $200 million in the period: Walt Disney’s” Shang-Chi and the Legend of the Ten Rings” ($201 million).

Theatrical movie attendance typically declines around the Labor Day period this year. This year to amp up interest an industry-wide movie theaters promotion was offered to consumers -- $3 or less for a movie admission ticket on Labor Day, September 3, calling it National Cinema Day.