Consumers Cutting Back On Groceries Before Streaming Subs, Peg $11 As Max For Subs With Ads 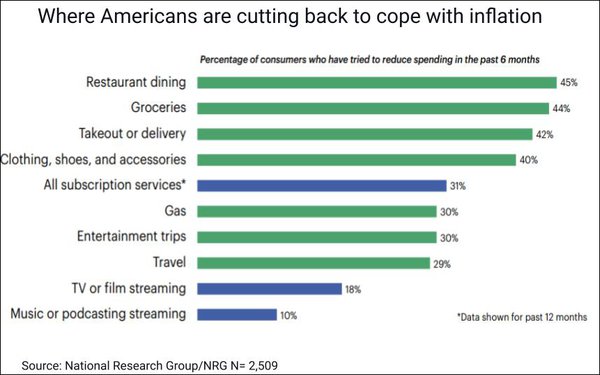 When it comes to cutting back in the face of inflation, Americans prioritize their subscription services over eating out, apparel and even groceries, according to a new survey by National Research Group (NRG).

U.S. adults report buying 22% fewer goods and services due to inflation, and 66% expect to have to make further cuts in their spending.

But just 31% report having cut back on their total number of subscriptions over the past 12 months, and just 28% plan to decrease that number over the next six months. Nearly two-thirds (63%) plan to keep the same number, and 9% plan to increase the number. 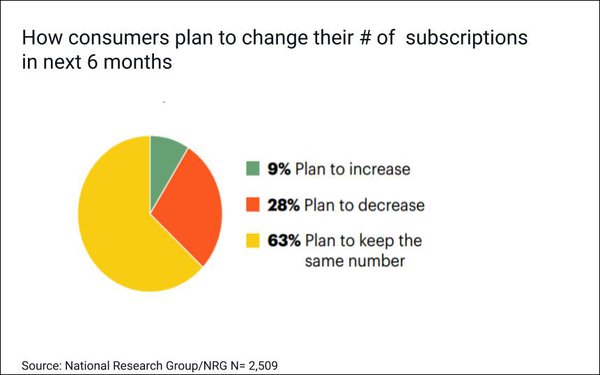 The news is even better for video and music streaming services in particular.

Just 18% and 10% say they have cut back on TV/film streaming or music/podcasting streaming services, respectively, in the past 12 months, versus about 45% saying they’ve cut back on restaurant dining and groceries (chart above).

(The types of subs most likely to get the ax include dating apps, at 76%, and beauty, fashion and alcohol subscription boxes, falling between 57% and 66%.)

On average, consumers with at least one subscription estimated that they spend 17.8% of their household budgets on these services, with men, younger consumers and those on higher incomes reporting spending the highest percentages of their income on subscriptions.

The survey also offers some insights on ad-supported streaming services.

The maximum amount the average consumer would pay for a streaming service with ads was found to be $10.60. 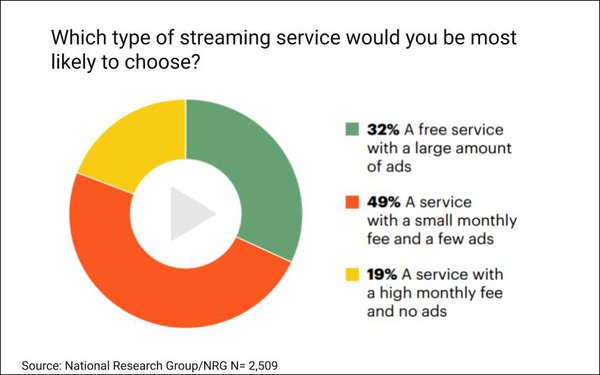 As for which types of offers or promotions work best in motivating consumers to buy new subscriptions, 51% cite free trials, and 40% cite a discount for subscribing for a longer period of time. 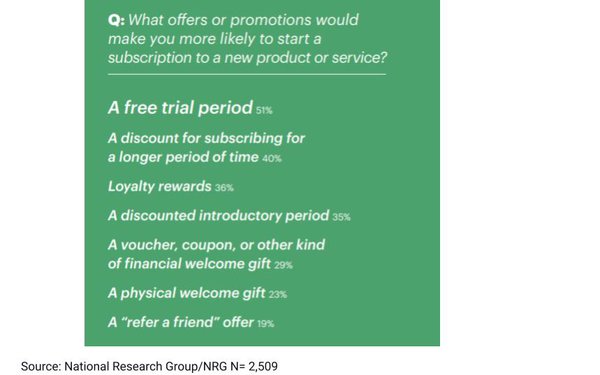 The survey of 2,509 U.S. consumers ages 18 to 64 was conducted in August 2022 and weighted to be demographically representative of the national population in terms of age, gender, ethnicity, and income.