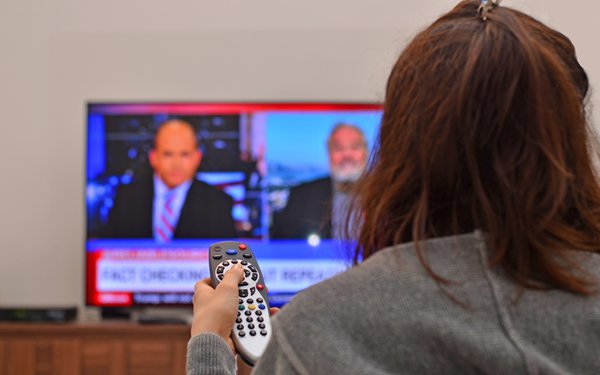 For the six-month period leading into the 2022 U.S. midterm elections, estimated advertising revenue was up 16%, with impressions adding 7% for the major cable TV news networks versus a year ago -- much stronger results versus the 2018 midterms.

Three networks collectively earned $1.08 billion in estimated national TV ad spend, according to iSpot.tv for the period from May 10 through November 10, 2022 versus the same period a year ago. The total earned in 2021 was $934.7 million.

Impressions totaled 294.1 billion for those three networks in total, compared to 273.9 billion a year ago.

Kantar projected that local TV could pull in $5.5 billion in advertising for this year’s elections.

Looking at individual networks over the last six months, Fox News Channel witnessed 14% gain in estimated national TV advertising revenue to $618.6 million, with a 11% increase over the period to 150 billion, year-over-year, according to iSpot.tv.

Similarly, MSNBC rose to strong advertising levels versus a year ago -- gaining an estimated 25% to $249.3 million in national TV, with impressions rising 6% to 77.1 billion.

For this midterm election cycle, Fox’s high-paying TV advertisers over the most recent six-month period included My Pillow, Balance of Nature, Relief Factor, Tunnel to Towers Foundation, and Relaxium.