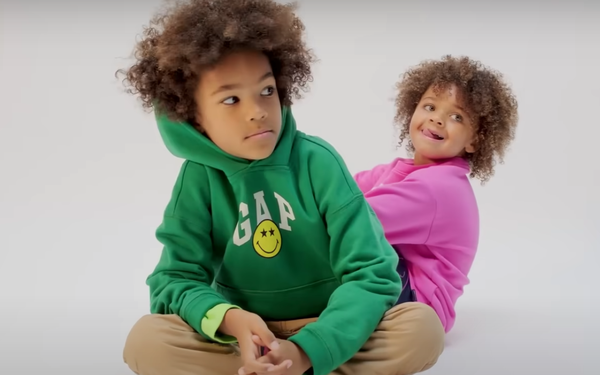 Gap is launching a clothing collection for the whole family on Amazon Fashion. And while some, including the Wall Street Journal, are calling the move desperate, the San Francisco-based retailer says the collaboration will deepen its connection to customers.

Many brands have designated storefronts on Amazon, from Levi's to the North Face to Victoria's Secret. But many don't, including Nike, such luxury brands as Burberry and Gucci, and retailers like L.L. Bean and H&M.

But Gap has been struggling for some time, and some think anything that widens its audience may help. And customers are likely to appreciate the convenience of ordering through Amazon, with free delivery through Amazon Prime.

"Collaborating with Amazon Fashion provides us a new channel to deliver Gap's modern American essentials to even more customers in the U.S. and Canada," said Mark Breitbard, president and chief executive officer of the Gap brand, in its announcement.

“Moving to Amazon can also harm brand perception because Amazon is a marketplace for everything, not exactly a curated platform, and one associated with value rather than exclusivity,” writes the WSJ in its analysis. “It is not a decision that a clothing brand—especially such a household name—would make unless its business outlook is looking very bleak.”

Gap is also intensifying its offers to break through seasonal clutter. That includes a loyalty program that now encompasses all four of its brands -- Gap, Old Navy, Banana Republic and Athleta. And shoppers can earn free shipping on any purchase of $50 or more.

The company is expanding its "buy online and pick up at stores" options, with many purchases available in two hours or less. It's also expanding its social shopping options on Instagram and Facebook. And it's hyping BR Atelier, which allows people to book a personal stylist.

Gap could definitely use a sales boost. The company is scheduled to announce quarterly earnings later this week. But its latest quarterly report revealed the apparel giant continues to struggle.

In the last few months, the company has been caught up in the Kanye West tumult. In September, it announced it was ending its partnership with Kanye West after months of simmering disputes. In October, the breakup intensified, following West's antisemitic stance on social media.