Bundle Up: Consumers Want One Platform To Manage All Their Subscriptions 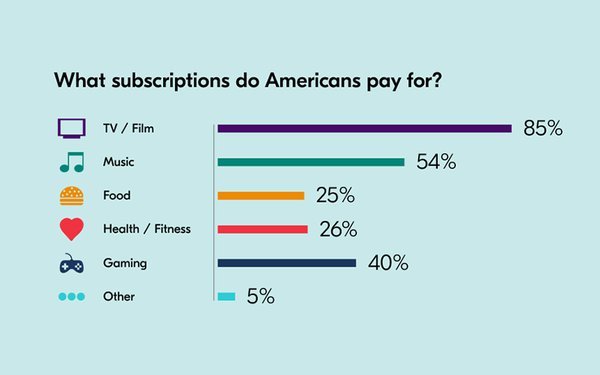 Life could get more complicated for email teams charged with selling subscription services and sending notifications. A new study from Bango suggests that 78% of consumers want one single platform for all their subscriptions.

Such a platform would centralize subscription apps and billing. But you have to wonder: Does that mean brands would lose direct contact with their own customers? Would this one-stop service handle email reminders and all other messaging?

Consumers have good reasons to be daunted by the process as it exists. Their main frustrations are:

And, they are getting overwhelmed by the sheer number of subscriptions they have. The study found that:

All of this points to market saturation: 72% of users feel there are “too many subscriptions now,” and 65% say they can’t afford to subscribe to all of them.

Moreover, 42% feel locked in by their current providers, and 56% want to be able to toggle subscriptions on and off whenever they like. In addition, 46% are frustrated because they can’t temporarily pause subscriptions.

In one bizarre finding, the study reports that “39% of those surveyed are heading to online piracy channels to get the user experience they want.”

What types of subscriptions are consumers paying for?

Surely, there is an app that can allow consumers to manage subscriptions on their own. The study notes that brands like the Walt Disney Company are aggregating their content into one package, allowing consumers to mix and match different platforms and go for the best available price.

But this is just the start. Consumers need “one ‘superbundle that gives subscribers control over their entire subscription ecosystem,” the study argues.

It would start with billing; 77% want to be able to pay multiple subscriptions via one monthly bill.

But how would this work? Presumably, upfront marketing via email and other channels would remain in the hands of individual brands. But what then: Will the super-app take over the back end?

Maybe the super-app would be specialized by subscription type. Consumers want these brands to offer a single platform: