Movie Box-Office Nearly Double A Year Ago, 33% Behind Pre-Pandemic 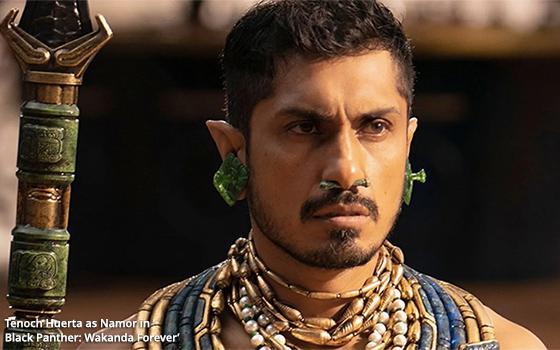 With just about a month to go for the 2022 theatrical movie season, total domestic box-office revenue is now up nearly 94% to $6.6 billion versus a year ago on a season-to-date basis, according to Comscore. But it is still 33% behind 2019 -- the last pre-pandemic year.

That year's box-office revenue take on a season-to-date basis through November 19 was $9.7 billion, according to IMdb Box Office Mojo.

The top-performing movie so far this year is Paramount's “Top Gun: Maverick,” at $716.7 million ($1.5 billion worldwide).

The biggest studio spenders this year so far are Universal Pictures with $224.1 million, followed by Warner Bros. at $98.3 million; Paramount Pictures with $77.1 million; Sony's Columbia Pictures at $72.1 million; Walt Disney's Marvel with $58.6 million; and Disney's 20th Century Studios at $53.8 million.

This past weekend, Walt Disney/Marvel's “Black Panther: Wakanda Forever” took in another $67.3 million, coming in at first place. The movie took in $180 million in its debut a weekend ago.

Searchlight Pictures' debut of “The Menu” was next at $9 million. Fathom's faith-based release “The Chosen Season 3: Episode 1 & 2”, a faith-based movie, scored $8.2 million, while Warner Bros. “Black Adam” came in at $4.5 million and Universal's “Ticket to Paradise” earned $3.2 million.