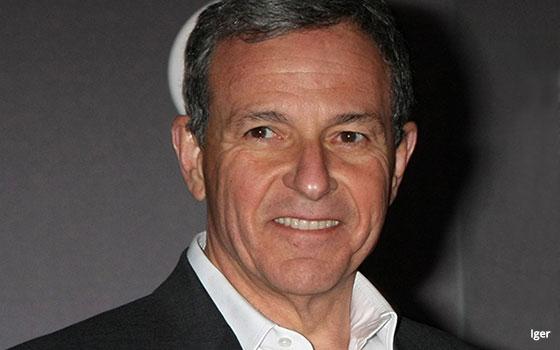 In a dramatic media industry move, Walt Disney has ousted Bob Chapek as its chief executive officer and brought back Bob Iger in the same role, effective immediately.

The news comes just a few months after the Disney board extended Chapek's contract another three years.

Disney made the announcement on Sunday night.

“We thank Bob Chapek for his service to Disney over his long career, including navigating the company through the unprecedented challenges of the pandemic," Susan Arnold, board chair, said in a statement.“ The Board has concluded that as Disney embarks on an increasingly complex period of industry transformation, Bob Iger is uniquely situated to lead the Company through this pivotal period.”

Iger say he is returning as CEO for two years to help the company get back on track.

Chapek, who has been on the job since 2020, has been key in pushing Disney’s all-in effort around streaming and connected TV businesses. But this has not all gone well lately.

Recently, in a memo to staffers, Chapek said the company was planning a hiring freeze, cost cuts and layoffs across the company.

The widely respected Iger served as Disney’s CEO from 2005 through 2020 -- including expanding the company with a deal in acquiring Pixar, Lucasfilm, and Marvel. In 2019, he also engineered a $71.3 billion deal to acquire half of 20th Century Fox.

After his departure as CEO, Iger was executive chairman and chairman of the board through 2021.

In its most recent quarter, Disney's direct-to-consumer (D2C) business widened its operating-income losses by almost double to $1.47 billion -- up from $630 million, due to higher losses at Disney+ and a decrease in profitability at Hulu. Disney linear TV networks fell 5% in revenue to $6.34 billion.

Michael Nathanson, media analyst at MoffettNathanson Research, was shocked at the results:

“Rarely have we ever been so incorrect in our forecasting of Disney profits,” he wrote. “Given the company’s confidence that [Disney’s] parks trends appear resilient, it appears that the culprit for the massive earnings downgrade is much higher than expected DTC losses and significant declines at linear networks.”

Disney recorded its worst stock market drop in over 20 years as a result.