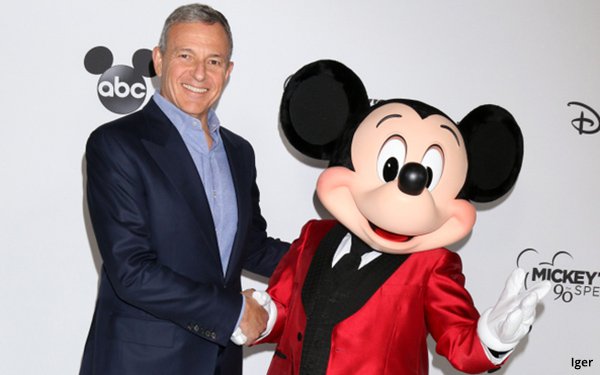 Amid restructuring and possible cost-cutting to with under the return of Bob Iger, as chief executive officer of Walt Disney, is already putting his stamp on things.

One day into his role in replacing Bob Chapek, Bob Iger said in a staff memo that Kareem Daniel -- chairman of Disney Media and Entertainment Distribution, and chief lieutenant to the outgoing CEO -- would be departing the company. Daniel had ultimate centralized, creative decision-making authority.

Iger's main goal was to put "more decision-making back in the hands of our creative teams and rationalize costs.” The effort reflects the decentralization in creative decision-making that was seen during much of Iger's original tenure as CEO from 2005-2020.

While analysts -- and the stock market -- have been cheering the move, which was announced on Sunday -- one analyst cautioned that major troubles -- mostly recently a $1.6 billion net loss at its direct-to-consumer (D2C) streaming/connected TV (CTV) business, would be addressed.

This could occur with legacy businesses and other places.

Michael Nathanson, media analyst of MoffettNathanson Research, expects some of this to come via traditional linear TV content. High on the list are sports right fees.

"Given that Mr. Iger said in September that traditional TV 'is marching to a distinct precipice, and it's going to be pushed off,' we doubt that the new leadership will be quite as sanguine as Mr. Chapek,” he writes: “As such, we would expect deep cost-cutting at ESPN, which should include a review of all the upcoming sports rights."

Overall, he adds: “We expect he new CEO to re-examine and re-direct Disney’s current streaming strategy, honestly deal with the challenges confronting its linear networks by cutting back on non-essential sports, change the centralized approach to content procurement established under former CEO Chapek and manage the company forward with discipline, sound strategy and flawless execution.”