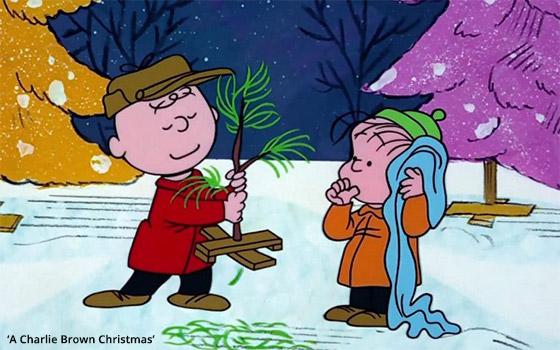 “A Charlie Brown Christmas” stands alone this holiday season as the only one of TV’s perennial Christmas classics not available on over-the-air TV or basic cable.

“Charlie Brown” stands alone for another reason too -- it is considered to be the favorite by far of all of the classic specials that have been on TV in one way or another for decades.

Perhaps this was why Apple TV+ sought to purchase the exclusive rights for the show in 2019, plus all of the other “Peanuts” holiday specials such as “It’s the Great Pumpkin, Charlie Brown” and “A Charlie Brown Thanksgiving.”

Starting in 2020, “A Charlie Brown Christmas” could be seen almost exclusively behind Apple TV’s subscription paywall.

However, apparently to assuage the hurt feelings of millions who do not subscribe, the streaming service made it available for free for several days during the 2020 and 2021 holiday seasons. It also arranged with PBS to air it twice, thus making it available another way for free.

This year, however, no arrangements have reportedly been made for PBS airings of “A Charlie Brown Christmas.”

Thus, this beloved TV show can be seen only on Apple TV+, although the streaming service will provide it for free, without subscription, from December 22 through December 25, Christmas Day.

“A Charlie Brown Christmas” premiered on CBS in December 1965. It was produced by Charles Schulz, Lee Mendelson and Bill Melendez. When it debuted, it was estimated that it was watched by 50% of the United States.

The show had a handful of peers in the 1960s and ’70s that are still around today and more easily accessible than “A Charlie Brown Christmas.” They include:

Rudolph the Red-Nosed Reindeer, 1964, produced in stop-motion animation by Videocraft International, later known as Rankin/Bass Productions. Voices included Burl Ives as Sam the Snowman and Billie Mae Richards as Rudolph. It aired this past Tuesday on CBS.

How The Grinch Stole Christmas!, 1966, based on the children’s book by Dr. Seuss, produced by Looney Tunes legend Chuck Jones and Theodor Geisel (the real name of Dr. Seuss). The star of the show was screen legend Boris Karloff, who provided the voice of the Grinch/narrator.

Frosty the Snowman, 1969, also produced by Rankin/Bass and featuring the voice of Jimmy Durante as narrator. Comedian Jackie Vernon provided the voice of Frosty. “Frosty” aired last week on the Friday after Thanksgiving on CBS.

Santa Claus Is Comin’ To Town, 1970, produced in stop-motion animation by Rankin/Bass and featuring an all-star voice cast, including Fred Astaire as postman Special Delivery “S.D.” Kluger (who also narrated), Mickey Rooney as Kris Kringle/Santa Claus, and Keenan Wynn as the Winter Warlock. The show is scheduled to air on ABC on Thursday, December 8.

Two TV Christmas specials that were once revered could not be found in a Google search of possible airtimes this season. They are both derived from the Charles Dickens classic, “A Christmas Carol.”

One of them is 1971’s “A Christmas Carol,” animated and produced Richard Williams and Chuck Jones.

The star voice in the show was British actor Alistair Sim as Ebenezer Scrooge. Sim played Scrooge in a 1951 movie version of “A Christmas Carol” that is high on the list of many people’s favorite “Christmas Carol” movies. Michael Redgrave narrated the TV special.

The other missing “Christmas Carol” is “Mister Magoo’s Christmas Carol” from 1962. A personal favorite, the show was produced by UPA (United Productions of America). It featured original songs by Jule Styne and Bob Merrill.

Voices included Jim Backus, who played Mister Magoo throughout the run of the Magoo cartoons, along with Morey Amsterdam, Jack Cassidy, Paul Frees and Jane Kean.