Google, iHeartMedia Sued By FTC And States Over Fake Endorsements 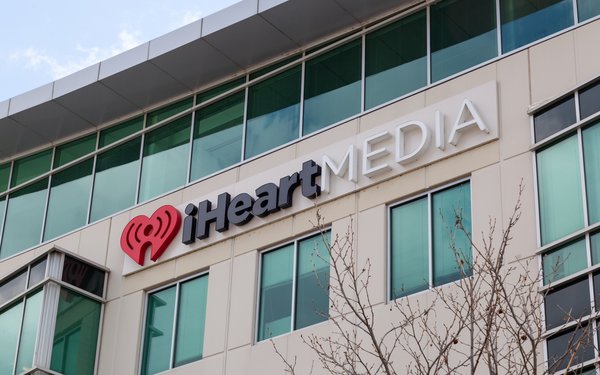 The Federal Trade Commission and seven states have sued Google and iHeartMedia over ads by radio announcers who endorsed the Pixel 4 phone, despite never having used the device.

Google and iHeartMedia agreed to resolve the allegations by paying $9 million total to the states that sued --  Arizona, California, Georgia, Illinois, Massachusetts, New York, and Texas. (The Texas settlement is only with iHeartMedia; that state has a separate lawsuit pending against Google over the ads.)

The companies also reached a proposed settlement with the FTC.

In October of 2019, 43 iHeartMedia radio personalities in 10 markets recorded ads for the device, according to the FTC's administrative complaint, which was unveiled Monday.

Those announcers hadn't used the devices when they recorded the ads, according to the FTC.

Before the ads aired, an iHeartMedia employee allegedly asked Google's media-buying agent for Pixel 4s for the announcers. The agent responded that it wasn't “feasible” for Google, because the product “is not on the shelves yet,” and that it would take more than one week to ship the phones.

Those allegations are nearly identical to ones made in January by Texas Attorney General Ken Paxton, who claimed Google violated a Texas state consumer-protection law by arranging for radio personalities who hadn't used the Pixel 4 phone to endorse the product.

That matter is currently pending in federal court in Texas.

The FTC didn't identify Google's media buyer, but Paxton said in his complaint that the media-buying agency was PHD Media. PHD Media isn't a defendant in any of the cases.

An Omnicom Media Group spokesperson said in January that PHD's role “was solely as the buying agent that conveye  messages from the media partner to the client and vice versa."

The FTC also alleged that 54 radio announcers at 58 radio stations other than iHeartMedia also recorded ads endorsing the Pixel 4, using similar scripts as the iHeartMedia announcers.

“In most, if not all instances, the radio personalities did not own or possess a Pixel 4 and had not used a Pixel 4 to take pictures at night,” the FTC alleges.

At the time, an iHeartMedia employee said in an email to Google that the influencers “really need to have devices to truly make the creative sound authentic and personal and to understand firsthand what makes Pixel different,” according to the FTC's complaint.

The iHeartMedia employee continued: “I know we discussed this in the past. Is there a way for us to get devices for the talent in advance of the campaign? If Google is unable to provide for all, maybe we could at least get one per market and make sure all of the talent gets to experience it before launch?”

Google allegedly responded by saying it couldn't provide devices “at this time,” but later provided a iHeartMedia with a total of 5 devices.

In February of 2020, 25 different announcers in five cities recorded endorsements for the Pixel 4; those announcers didn't own a Pixel 4 and hadn't used one to take photos at night, according to the complaint.

A Google spokesperson said the company is “pleased to resolve this issue,” adding: “We take compliance with advertising laws seriously and have processes in place designed to help ensure we follow relevant regulations and industry standards.”

FTC senior attorney Lesley Fair said Monday in a blog post that the agency's endorsement guides make clear that an endorser “must have been a bona fide user” at the time the ad was made.

“There’s no excuse for any advertiser -- and especially companies like Google and iHeartMedia – to ignore that truth-in-advertising fundamental and go ahead with a campaign they know to be untruthful,” Fair wrote. “Furthermore, in transactions like the deal between Google and iHeartMedia, legal compliance is a two-way street. Both companies are responsible for ensuring their advertising claims are truthful and both companies may be held liable when they fail that basic obligation to consumers.”

The FTC is accepting comments on the proposed settlement for 30 days.