Hot For The Holidays: Americans Shop In Record Numbers 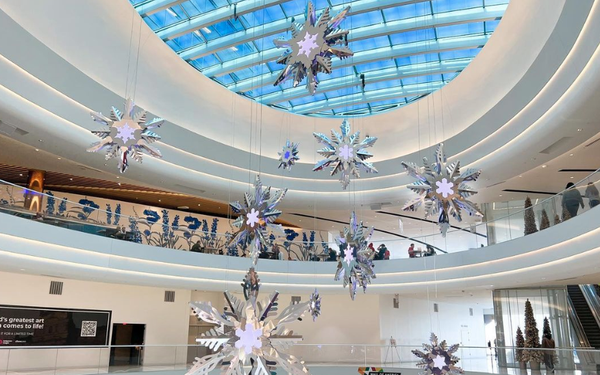 Retailers may be chewing their fingernails over inflation and recession concerns, but holiday shoppers aren't letting economic uncertainty stand in their way.

The National Retail Federation reports that a record 196.7 million people shopped during the Thanksgiving holiday weekend -- about 30 million more than expected. And 122.7 million people visited physical stores, up 17% from 2021.

Its survey finds that 76% of consumers say they shopped in some way over the weekend, up from 70% in 2021. Online and department stores were the most popular destination, chosen by 42% of shoppers, followed by grocery stores and supermarkets (40%), clothing and accessories stores (36%) and discount stores (32%).

Importantly, people didn't just shop -- they spent heavily. Consumers averaged $325.44 on holiday-related purchases, up from $301.27 in 2021. Of that amount, the NRF says people directed $229.21 specifically toward gifts.

MasterCard Spending Pulse says in-store sales improved by 10.5% for the weekend when compared to last year. The measure of online spending advanced by 12.5%. Restaurant sales rose 23.3% in the Thursday through Sunday period, while apparel climbed 14.4% and electronics inched up 2%.

The NRF also noted strong spending throughout the weekend. "It is important to note that while some may claim that retail sales gains are the result of higher prices, they must acknowledge the historic growth in consumers who are shopping in-store and online during the long Thanksgiving holiday weekend and into Cyber Monday," said Matthew Shay, the NRF's president and chief executive officer, in its report. "It is consumer demand that is driving growth."

"With oversupply and a softening consumer spending environment, retailers made the right call this season to drive demand through heavy discounting," says Vivek Pandya, lead analyst, Adobe Digital Insights, in its analysis. "It spurred online spending to levels that were higher than expected and reinforced ecommerce as a major channel to drive volume and capture consumer interest."

So far this month, people have spent $107.7 billion online, an 8.7% increase compared to last year, with sales exceeding $2 billion on eight days. Adobe expects the whole holiday season, from Nov. 1 through Dec. 31, to clock in at $210.1 billion. If achieved, that would represent a 2.75% gain from last year.