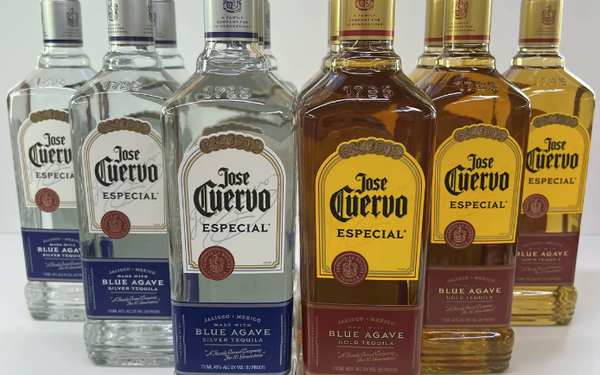 Champagne, bourbon and tequila are expected to top shoppers’ spirits gifts in the walkup to Christmas and New Year’s Eve, according to a survey of 250 independent liquor stores.

Tequila’s position as the #3 choice marks the continued popularity of a spirit that 54% of survey respondents said outperformed their expectations this year—ahead of ready-to-drink cocktails (45%), hard seltzer (40%) and whiskey (33%).

Only 11% of respondents cited alcohol-free spirits.

The survey was conducted in September and October by online delivery platform Drizly. Respondents either owned or managed an independent liquor store.

Looking ahead to 2023, retailers were “bullish” on craft beer—with 60% singling out IPA for additional cooler and shelf space, according to a report on the survey.

Likewise, nearly 69% planned to carry more red wine—which the report attributes to “an increasingly clout-carrying Gen Z expecting to up their purchases of red wine more than any other alcohol segment.”

Broken out separately, ready-to-drink cocktails are on tap to gain more retail space in 2023—as indicated by 63.1% of respondents.

Almost half (49.4%) said they would give allocate more space to hard seltzers.