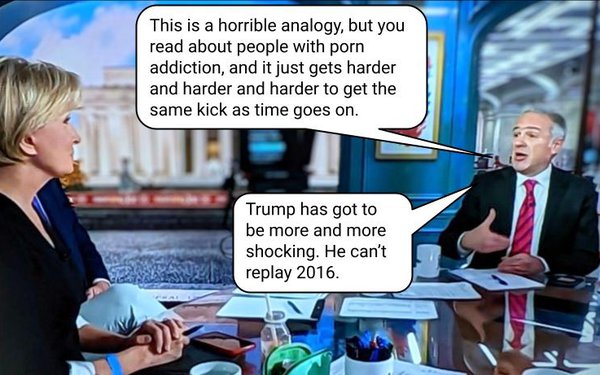 Kanye West has been known for many things, including some musical hits. This morning, he's known as a one Hitler wonder, following Elon Musk's decision to ban his Twitter account once again, less than two weeks after he reinstated it.

The incident, which culminated in West's tweeting of a swastika and other pro-Nazi/anti-Semitic hate speech, came within 24-hours of his appearance on Alex Jone's "Info Wars" in which he went what could only be described as "Death con 3 on JEWISH PEOPLE."

West's vileness aside, the incident is yet another demonstration of just how fast the news cycle has accelerated under @elonmusk's Twitter, rivaling the knee-jerkiness of even @realDonaldTrump's reign.

I touched on this in my "Freedom Of Kvetch" post yesterday, but what I failed to point out exactly why this acceleration is unhealthy for all of us.

It's not just that it tends to be what we all already know -- that it is the most vile, outrageous and incendiary content that escalates so quickly -- it's that the velocity of accelerated news cycles is like a drug that requires increasingly higher doses to sustain its effects. It literally rewires us to crave more and more of the stimuli and its effects.

It's one of the areas of covering the media industry that most fascinates me, and especially that in the always-on, ever-present nature of a hyper-fragmented digital media world, it's virtually impossible to control.

MediaPost touched on the relationship between these media effects and the brain years ago, most notably when we invited neuroscientist Carl Marci to guest-edit an issue of MEDIA magazine.

That project inspired a series of conversations with Dr. Marci, including a possible book project. I was happy to see recently that Dr. Marci has finally published it, and I just bought a copy of "Rewired: Protecting Your Brain in the Digital Age," which I plan to review here as soon as I finish it.

In the meantime, I think we should all think about the role and the omnipresent nature of digital media, and especially how it taps into our brains and causes or exacerbates mental health disorders, because if there's been any recent example of that, it's the Kanye West news cycle on Twitter the past 12 days.

I'm not a doctor, and do not understand West's mental health issues, but I definitely believe his access to Twitter -- and even the somewhat more marginalized hellscapes of "Info Wars", or wherever he shows up next -- only exacerbates it by releasing chemicals in the brain that can only be generated by more and more of that kind of media stimuli.

For all of us who have experienced some form of media rush from the feedback of a media posting, just imagine what it's like to be an @kaneywest, an @realDonaldTrump, or even an @elonmusk? It must be the equivalent of what I can only describe as concentrated media fentanyl.

The real problem is that it doesn't just impact their mental health, but that of their most rabid followers, and indirectly -- because of how it impacts the mainstream news cycle -- all of ours.

Coincidentally, as I was writing this column this morning, I had MSNBC's "Morning Joe" on playing in the background and my brain tuned in during a panel conversation the show was having with Financial Times columnist Edward Luce that shows other people are thinking about this phenomenon too.

So if you thought 2016 or even the ensuing years were bad -- which I definitely do -- imagine what the next ones leading up to 2024 will be. Especially with some assists from Congressional committees being chaired by some of the most radical members of his GOP supporters, many of whom crave the same media dopamine as @realDonaldTrump.

Interestingly, that media effect has actually been documented as part of Ipsos' ongoing tracking of the political news cycle under @realDonaldTrump.

Presenting what he described as a "chaotic" news cycle under the former president during the summer of 2020, Ipsos political guru Chris Jackson called it the former president's "super power," because he doesn't just get his supporters to follow it, but the mainstream media and all of us as well (see Jackson's graphic delineation of that news cycle in my column here).

And that influences all of our mental health, whether we like it or not. So if you feel you have lost control and don't know what to do about it, you can start by reading Dr. Marci's book. 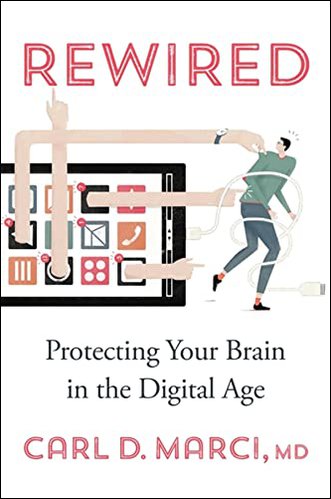