What Google Is Reportedly Doing With Sophisticated Tracking Technology 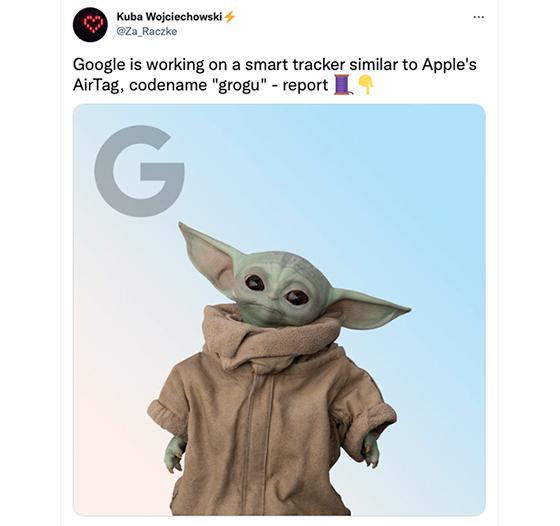 Google is working on a new Bluetooth tracking device to compete with Apple’s AirTags.

Kuba Wojciechowski, a developer who takes pride in annoying Google’s Pixel team, believes Google is working on a smart tracker similar to Apple’s AirTag, codename “grogu.” He claims to have found a reference to the tag in Google’s Fast Pair, a feature used to quickly pair nearby Bluetooth devices. It’s reportedly being developed by the Google Nest team.

Wojciechowski doesn’t have any direct information regarding the release of the tag, or object finder, but guesses that Google will announce the technology at Google I/O, which is expected to take place in May 2023, and then launch it at the annual fall event, alongside new Google Pixel devices.

Apple touts AirTag as a way to keep track of stuff. When Apple’s AirTag is attached to something, technology on the person’s iPhone can identify and track it. Using Ultra Wideband technology, the feature will show the distance to the AirTag and the direction to head to find it. The technology sends the location of the AirTag to iCloud. Then go to the Find My app and see it on a map. The process is anonymous and encrypted to protect privacy.

AirTag was announced in April 2021, and released later that month.

Wojciechowski claims Google’s trackers could support the wireless protocol in addition to Bluetooth LE to provide users with precise directions to a lost tag attached to a device or set of keys.