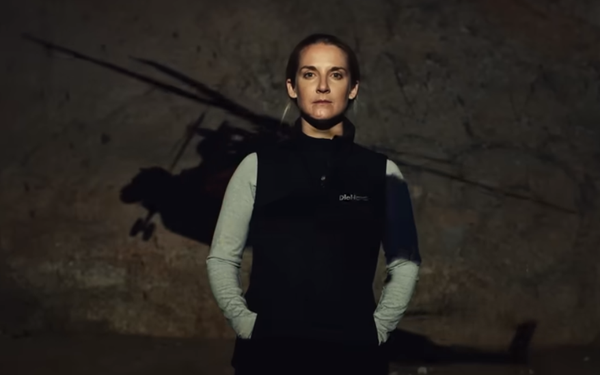 Advance Auto Parts is debuting a new ad, called “The Climber,” with creative from TMA.

It’s billed as a “companion ad” to the “Diehards Choose DieHard” campaign that broke last year for the relaunched DieHard battery brand.

The new advertising tells the story of Kirstie Ennis, a former Marine sergeant, world-renowned climber and action-sports enthusiast who has overcome all odds to scale six of the world’s tallest mountains.

The 60-second film is a mini-documentary that celebrates Kirstie’s story, highlights her fighting spirit, and champions her return to conquer Mount Everest.

Shot in a single day in Lake Perris State Park in Riverside, California with Natural Selection Productions, the shoot faced its own logistical challenges, including a harnessed director of photography dangling off the side of a cliff to film Ennis’ multiple climbs.

Jason McDonell, Advance’s executive vice president of merchandising, marketing and eCommerce, said “Kirstie is one of the most inspiring figures in society today.  We’ve witnessed first-hand how Kirstie defines what it means to be a diehard.  There is a strong correlation between her relentless drive and the hallmarks of our DieHard brand – reliability, durability, and specifically, power.”

The ad will run in movie theaters next month, appearing before releases like “Ant Man and the Wasp: Quantumania,” and “Creed 3”in March.  It will also run online on YouTube, paid social media and Advance Auto Parts social media channels.