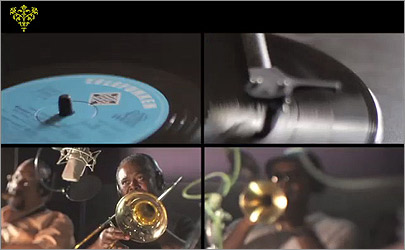 Hyundai Motor America's marketing campaign for the new Veloster has more moving parts than the car itself. Besides a raft of 15-second, feature-focused advertisements, there are videos, events, concerts, happenings and, perhaps most important, a full-length documentary centering on experiments in manipulating iconic music.

Steve Shannon, VP marketing at the Fountain Valley, Calif., company, tells Marketing Daily that the TV spots represent a "tapas of advertising," with three ads focused on auto essentials like fuel economy and design elements, and three on telematics and entertainment gadgets. But TV is just one spoke in the wheel. "Usually, TV is first and everything flows from that," says Shannon. "But, for Veloster, we have turned that upside down."

Shannon says the campaign, a triptych strategy built around music -- technology, video gaming and sports -- "passion points" for the 20-something target -- takes a page from a maxim of 1960's GM VP Bill Mitchell about how one can, by marketing to young people, appeal both to young and older buyers.

"We are skewing much younger than we will actually deliver on, but you only get one chance to set the right tone," says Shannon.

The music program eschews such more traditional tactics as sponsoring concert tours by known acts and, instead, involves a Hyundai-funded movie, directed by Amir Bar-Lev, the documentarian behind "The Pat Tillman Story."  The film, "Re:Generation," follows five top-tier DJ's as they (attempt to) collaborate with R&B, classical, jazz, country and rock legends from the past toward creating a new music representation of American music history.

"Lots of automotive brands want to be involved in music," says Shannon. "They write a big check and sponsor a tour. It's not a bad way to go, but we wanted to be almost a benefactor or underwriter of a big project."

The film is a representation of the history of music through the eyes (and ears) of five DJ's: Mark Ronson (who produced Amy Winehouse, among others) handles the jazz segment in the movie; DJ Premier puts hip hop atop classical music in the film; "Pretty Lights" does Nashville to do a country music segment with Leanne Rimes and some country legends there; The Crystal Method does the R&B segment in Detroit with Martha Reeves of Vandellas fame; and Skrillex does the rock segment by going to L.A. and recording a new track with the surviving members of The Doors.

Hyundai appears only at the beginning, with the message "Hyundai Veloster presents Re:Generation," and the car is not in the film. Where it is featured, however, is in a series of online behind-the-scenes videos about the making of the film, in which crew members drive around the different film locations in Velosters.

The film was produced by Greenlight Media&Marketing. Dominic Sandifer, president of Greenlight, tells Marketing Daily that while the film isn't freighted with Hyundai product and branding, it does spins off a lot of assets directed toward Hyundai's YouTube channel. He says the film itself will be screened at music festivals like Coachella, as a kind of "drive-in"-style outdoor experience. The film has already gotten ink from the likes of Rolling Stone and Spin.

Shannon says the movie will get a one-day nationwide theatrical release and will also be entered in festivals like Sundance, which gave the production company an extension because of the Bar-Levi's clout, and that the trailer has gotten 200,000 views in the six days it has been Hyundai's YouTube channel for Veloster.

Hyundai will also run a series of events called Remix:Labs in New York, Los Angeles, Chicago, Miami and Las Vegas (which will be timed with SEMA.) The New York event, running this week in a raw space on 16th Street near 10th Avenue, comprises video gaming, music, electronic technology, action sports within a series of concerts, displays, and guest presenters. "It's almost like a curriculum, like the TED conference," says Shannon, "where all week we have guests coming to play music, DJs talking about their craft."

That program spotlights three Velosters customized SEMA-style to represent music, gaming and technology passion points. Hyundai will post footage of those events on the Veloster YouTube channel, as well, and is running a digital and social media campaign to drive traffic there, per Shannon. Also on the site are a series of videos demonstrating the car with people doing "walk-arounds" of the vehicle conducted by Hyundai employees who know the car better than anyone, such as product designer Brandon Ramirez.

Shannon says the larger strategy involves walking a very fine line, allowing Hyundai to introduce the Veloster to young influencers without slamming them with branding and ads. "How do you advertise to people who don't like to be advertised to? You have to do it with a light touch, be genuine and authentic. Even with the TV spots, there's a reward for watching, a punch line. That light touch is a theme across the Veloster launch," he says, adding that Hyundai is focusing the TV ad buy on cable channels like ESPN 2, ESPN U, Comedy Central, Fuse and MTV.

The company is on track to sell more than 3,500 Velosters this month, the second for the car. The cars are turning in two days, on average, per Shannon, who adds that the car gives Hyundai something that "adds an energy and youthfulness and vitality that is so great for the brand. We tend to be a bit of a rational choice, and [Veloster] will attract people from lots of segments because of its functionality."