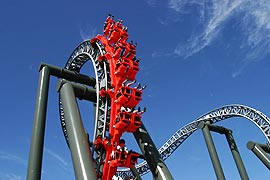 Entertainment companies take note -- a growing number of Americans are going online for fun or to kill time. So finds a new study from the Pew Internet & American Life Project based on a survey of 2,260 U.S. adults from July to August. On a given day, more than half (53%) of those 18-29 go online for no specific reason except to have fun, and 81% use the Internet as a diversion at least occasionally.

Young people are the most likely to look to the Web for entertainment, but the pattern crosses all age boundaries. The survey found that 58% of American adults overall (and 74% of those online) go online for fun at least sometimes, up from 29% in 2000 and 40% in 2005.

The Pew report noted that the upsurge in people using the Web as a diversion rather than a destination has coincided with various trends, including the rise of broadband, greater use of video and the explosion of social networking.

“All of those factors are strongly associated with people who use the Internet for fun: If they have broadband, if they are online video consumers, if they use social media of any kind -- especially social networking sites -- they are much more likely than others to go online to pass the time,” stated the study.

The Pew survey itself did not ask people specifically about how they spend leisure time online, only whether they ever use the Internet “just for fun or to pass the time.” But the findings suggest the extent to which the Web has become a competitor to other types of media, since pursuits like “watching TV” and “listening to radio” can now be done online.

Americans, for instance, watched a record 42.6 billion videos online in October, according to the latest comScore data. The $1 billion IPO that Zynga filed on Friday indicates how large an industry online social gaming has become in just the last few years.

The shift toward more people going online for fun cuts across various demographic segments. For example, the proportion of whites, African Americans and Hispanics using the Internet as a diversion has increased between 25% and 28% for each in the last decade. In terms of gender, the share of men and women doing so has roughly doubled to 62% and 54%, respectively. Similarly, large jumps are seen across varying education and income levels.