Why Animals Rock The Super Bowl 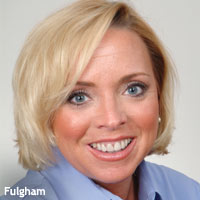 Budweiser’s magnificently predictable Clydesdales. A righteous pug kicking down doors for Doritos. Chimpanzee colleagues who misbehave in parking lots. Soulful beavers. Clearly, Super Bowls have a way of drawing out the beast in marketers. Marketing Daily asks Hope Fulgham, now CMO of digital media specialist firm E+M Advertising, why critter whimsy works so well during the big game, and what we might expect on Feb. 5.

Q: I heart Spuds McKenzie, especially in his Miami Vice-era sport coat,  and I don’t care that our readers in the 18-to-34 demo have no idea who I’m talking about. Tell us how you found him.

A: I was working at D’Arcy Masius Benton & Bowles back in the late 1980s, and had to find a way to compete with other Budweiser advertising for a new Bud Light campaign. There were Bud Girls, and Bud Bowls. So we found this dog, a bull terrier, and it was perfect. Spuds was actually a she, and had been a show dog. Her real name, believe it or not, was Honey Tree Evil Eye, because of the patch. To create the character of Spuds, we wanted to humanize him, make him humorous, and relate him to the brand. He became the Super Party Animal, and showed up after skydiving and in submarines and in Hawaiian shirts. He didn’t have a voice, but the voiceover in the spots was always Robin Leach, so well-known from Lifestyles of the Rich and Famous. That dog had punch.

Q: Are dogs the best animals to use in ads?

A: Well, people love ‘em. Look at all the dog spots that made it to the final round of the Doritos contest for the upcoming Super Bowl. They are endearing, and people love clever dogs. The idea that they can speak is especially appealing. Take the talking husky everyone loves on YouTube. But people like all kinds of animals, real and animated. Tickling kitties. Horses. Geckos. Those hamsters for Kia.

Q: So what’s the lesson for marketers?

A: It’s all about finding a brand-appropriate match.  I remember a toilet paper ad with a Golden Retriever puppy that just didn’t work for me, on so many levels. But when it is a good fit, polls have shown the right animal makes ads more memorable. I think the gecko for Geico is a perfect example. He’s smart and funny. Budweiser’s use of the horses is another good example. They were part of the original Anheuser Busch logo, and August Busch had Clydesdales pull his beer truck -- they’re an inherent part of the brand story. There’s a reason that Clydesdale Budweiser 9/11 spot remains one of the most famous commercials ever done. When the horses took a bow, with that moment of silence, everyone could appreciate it. It wouldn’t have been as heartfelt if it were human.

Q: Speaking of Budweiser, when did the Dalmatians get in the act?

A: There were always some Dalmatians hanging around the barn, and they went everywhere the horses did. Dalmatians have the additional advantage of being associated with firefighters. So both animals highlight what the brand stands for, that hardworking, blue-collar, and community spirit. It’s what makes Budweiser’s tributes to the troops so believable.

Q: Has the use of animals in commercials changed over the years?

A: Oh, yes. After the Michal Vick dogfighting scandal, there is a much greater sensitivity to any kind of animal abuse. Animal cruelty has become a mainstream concern, not a fringy one. Shows about animal hoarders and stories about puppy mills are really on consumers’ radar. That’s why I was surprised that Skechers recently made a spot filming a dog racing against greyhounds. If it had been us, we would have made the same point showing the dog in an agility test or at a dog park or something. The pendulum has really swung on this.

A: While it is never OK to show people terrorizing animals, I think it’s funny that there are more commercials with animals terrorizing people. On last year’s Super Bowl, there was a funny McDonald’s spot where a father bear frightens people into abandoning their french fries. And there’s a new Carnival Cruise spot where a bear and a mountain lion trap a screaming couple in their car. It’s hysterical.