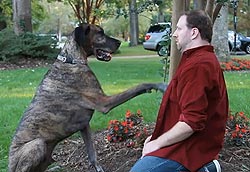 Doritos’ consumer-generated ads featuring a dastardly dog and a flying baby triumphed over a parade of celebrity-driven spots to win Brand Bowl 2012.

Hosted by Boston-based agency Mullen and Boston.com, Brand Bowl monitored 400,000 Twitter comments about the more than 50 commercials during the Super Bowl and ranked them according to the volume of chatter they created and their popularity.

Doritos’ annual “Crash the Super Bowl” campaign involves consumer-created spots and people voting online that get to run on air during the game. One of the Doritos commercials this year involved a Great Dane bribing a man with Doritos after he sees the dog burying the family cat. In the other, a grandmother slingshots a baby in a swinging seat to snag a bag of Doritos from a boy in a tree fort.

The PepsiCo snack food brand generated 48,498 tweets, 29% of which were positive.

The Doritos “Slingbaby” spot was also in the lead, with M&M’s “Just My Shell” offering, in a separate Super Bowl ad ranking by media research firm Ace Metrix, which tracks the effectiveness of commercials in real-time. While the final scores of the Ace Metrix scores are still being tallied, Coca-Cola’s pair of polar bear ads, “Superstition,” and “The Catch” rounded out the top five, along with the Doritos and M&M ads.

But according to the Ace Metrix data, H&M’s David Beckham spot had a score in the bottom quintile in its sexy category, and is in the running for the least effective ad of the entire game. Becks played well with women over 50 but struggled everywhere else, including across most incomes, ages and gender lines.

M&M’s and Doritos finished atop rankings assembled by social media analytics firm Collective Intellect. The candy brand had 17.5% of overall share of engaged consumers, with Doritos just behind at 16%. The two claimed the top slots across nearly all positive engagement metrics, including “favorite,” “funny,” “affinity” and “purchase language.”

Doritos didn’t win Hulu’s AdZone this year, but dogs proved popular in this annual competition as well. Of ads that ran during the game, Honda’s commercial starring Matthew Broderick updating his role from “Ferris Buehler’s Day Off” took top honors in the online voting, edging out Volkswagen’s “The Dog Strikes Back.” Volkswagen’s "Star Wars"-themed chorus of dogs in “The Bark Side” preview ad rated as the most-liked spot overall.

More than half of the 70 Super Bowl advertisers put their commercials online in the days building up to the game, a big change from last year when only a handful were released beforehand.

What ads ended up driving the most traffic? According to Akamai, the largest spike in traffic came at 7:14 p.m. EST around the GoDaddy.com, Bridgestone and Doritos ads, which drove page views to 379,889 per minute. Advertisers drove post-game traffic up to 342,000 page views per minute globally from an average of 100,000-200,000 views before the game.

Akamai said the figures reflected the increased social media component to this year’s Super Bowl ads, many drove traffic to microsites, including pepsisoundoff.com.sketchers.com/gorun and Chevy’s letsdothis.com.

When that traffic surge came during the game, however, some sites handled it better than others. H&M had easily the best-performing site from 6:30 to 10 p.m. on Sunday, with pages loading in just under two seconds. GoDaddy.com was runner-up at 2.9 seconds, followed closely by Doritos at 3.1 seconds, according to an analysis by SmartBear Software.

Among the slowest were the sites of Super Bowl auto advertisers. Pages on Honda’s site, for instance, took more than 40 seconds to load during the game, Toyota, 19.5 seconds, and Cars.com, 14 seconds. That suggests that Honda’s Matthew Broderick ad succeeded in driving viewers to the company’s site, but that the site wasn’t prepared for the traffic blitz.