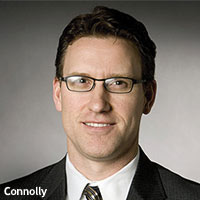 But they acknowledge that a lack of cross-media measurement tools will continue to hamper efforts to monetize audiences across different devices.

Those views emerged during a panel discussion among executives from companies including Disney, the Associated Press, Verizon Wireless and Turner Sports at the Digital Hollywood Summit in New York on Thursday.

The talk highlighted some of the issues that content providers are grappling with as they try to adapt existing business models to a multiplatform world.

Being able to deliver programming with consistent quality across different screens is a key underlying goal. Panelists voiced hopes that the rollout of 4G LTE networks by Verizon and AT&T paired with the spread of tablets and smartphones will lead more people to watch video, download apps or play games via devices.

“The increasing pervasiveness of high-speed networks is incredibly interesting to me,” said Michael Kestenbaum, CEO of Crowded Room, a unit of IAC that has created a social app of the same name for meeting people with similar interests. “Apps that are now difficult to use will get easier.” Others expressed similar sentiments.

In particular, Tim Connolly, VP Mobile, Disney/ESPN/ABC, said he expected to see a “big step forward” this year with wider adoption of TV Everywhere, the model backed by cable companies and networks for distributing TV programming across devices for authenticated viewers.

A new cable deal that Disney struck with Comcast in late 2011 opened the door for ABC to be streamed live on the Web, but only accessible to cable subscribers. Because Comcast is the largest cable operator, Connolly said it’s a bellwether for the industry.

But along with the proliferation of programming comes a need for better analytics and reporting on audience behavior across the increasingly fragmented media landscape. “The one area none of us have figured out is measuring across all devices,” said Steve Lanzano, president and CEO, TVB, the trade association for the broadcast TV industry. “If we can measure it, then we can monetize it.”

Both Nielsen and comScore have introduced services for audience tracking across platforms, but no industrywide standard means has yet emerged. Still, the panelists said advertising will be the dominant business model for apps and other content on devices for the foreseeable future. Lanzano cited research indicating that 85% of consumers don’t want to pay separate subscriptions for mobile media.

That doesn’t mean existing TV or online ad formats can simply be ported to mobile. Connolly noted that Disney decided to “rip and replace” ad units when it began shifting video from TV to digital, working with ad technology companies like Freewheel and Auditude. That effort has translated into higher CPMs for the same video in digital than on TV because of the higher engagement levels.

John de Guzman, global director, new products at The Associated Press, said the news organization is also trying to create new ad opportunities in its apps that go beyond the banner. Part of that effort is getting better insight into usage patterns, so ads can be more precisely targeted and lead to greater engagement.

Earlier this year, Verizon announced its video-on-demand Unicast service and ad platform for mobile devices. It will use a variety of content suppliers to pair video streams with advertising via the Internet. Louisa Shipnuck, director of marketing for Verizon Digital Media Services, suggested the system would provide a more economical way for media companies to provide programming and advertising across devices in a seamless fashion. But the test will come when Unicast rolls out in the third quarter.