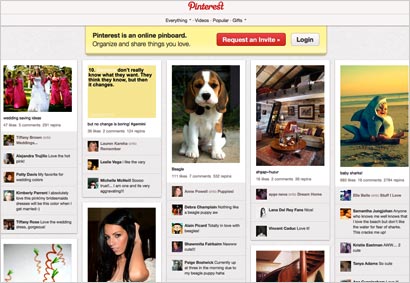 Marketers may soon add Pinterest into their attribution strategy. Studies have demonstrated the social site's ability to generate leads. Now a recent study suggests it prompts consumers to make purchases. Some 21% of respondents to a recent survey with a Pinterest account have purchased a product after seeing a picture on the site.

The PriceGrabber survey of 4,851 U.S. online consumers conducted between March 13 and 26 reveals that respondents who purchased a product based on seeing it strictly on Pinterest were asked to select all items purchased: 33% said food and cooking; 32%, fashion and clothing; 30%, home decorating; and 26%, crafts.

Searching for recipes remains the favorite interest. Some 70% of Pinterest account holders cite cooking and recipes as the top item pinned. When respondents with a Pinterest account were asked to select all of the types of items they pin, 70% cited cooking inspiration and recipes; 65%, home decorating; 53%, craft ideas; 41%, fashion and shopping ideas; 34%, entertaining ideas; and 33%, gardening.

Even with all this action and multiple surveys chronicling success on Pinterest, there's still a lot of room for growth. Some 58% of consumers do not have a Pinterest account. Some 32% said they are not familiar with Pinterest. Of the respondents who do not have an account, 89% do not plan to sign up for one.